Josie and I decided to take a hike on Sunday. We had not gone in a while and thought we could both use the exercise. We decided to go to Daley Ranch, which is around Dixon Lake in Escondido. I had never been there before and we were not sure where we would be going. So, at the trail head, we took a picture of the map and off we went. 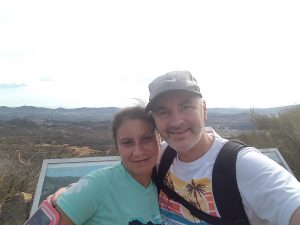 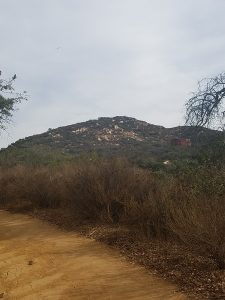 Stanley Peak was only about 1500 feet of elevation but there were not any switchbacks so the trail was steep. I would say a moderate hike. But when we got to the top it had some nice views. There was an old ammo box when we reached the peak so we registered. We took a small break, ate and drank then continued on. 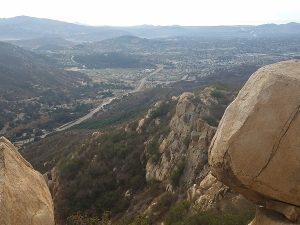 We had already gone about four miles but we were motivated and having fun. We decided to continue on and loop around the entire area instead of heading directly back (which would have actually made the hike longer). While walking, Dixon Lake kind of surprised us. It was hidden behind some rather tall brush. It was nice to see the lake had water in it from the rains of last year. The drought had really taken its toll on the lakes in San Diego.

Nearing the end of our hike, we came upon Daley Ranch. This is a historical site. The building have been restored but one can tell that they still were very old. It was made up of a farmhouse, a barn and three utility sheds that used to hold machinery. 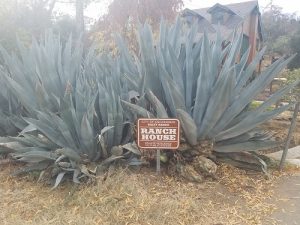 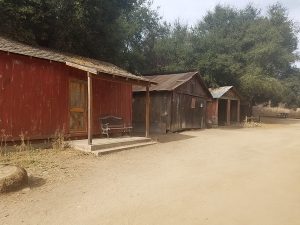 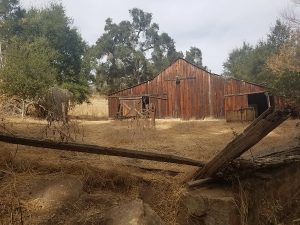 It was an excellent, easy hike. We went seven miles but could have added two more loops that would have brought the total hike up to fifteen miles. Josie also pointed out that this would be an excellent place to run and I believe that is a hint for our next visit. We will definitely be returning in the future.