This week has been hard. A lot of my past has just been thrown in my face this week. I am conflicted because I am hurt. Not depressed, just sad. First, El Dia de los Muertos was last week. I have a post about that. Just haven’t published it. I have really been off. Let me explain.

Nikki is about to have my second grandchild. She was suppose to be induced yesterday, but there was a mass shooting at the Borderline Bar and Grill that killed twelve and the piece of shit that did the shooting for a total of thirteen dead. Nikki’s doctor is in the same center as the shooting so, not surprisingly, the inducement was pushed back. Then, there was a fire. No, the fire. Nikki told me yesterday (that’s Friday just in case I do not post this in time) that our house, the one we lived in for seventeen years burned down to the ground. Of course, I didn’t believe it. But, then, I looked it up and, sure enough, I saw it burn. From start to finish. I saw it burn, the roof collapse and the skeleton of all my memories smolder. Watch the news coverage below. All the images are of my old house:

When watching, I could identify all the rooms that the news cameras peered into, looking at the flames. That’s the master bedroom. That’s where the girls slept. There’s the living room, where the rear projection television that I used was. The only thing the stood was the chimney. The chimney that was the only structural damage during the Northridge earthquake (yeah, we lived there that long).

There were always good and bad memories there. And, with the destruction, comes a flood of those memories. It seems appropriate to go over them.

The good: The first time we unlocked the door and walked in. It took a long time to get this house and we needed help. It felt good to finally be home.

The bad: we knew no one and were really young. I didn’t have a career yet. I wasn’t sure we would be able to make it.

The good: Jenna, Joe and Sarah were born while we lived there.

The bad (sort of): Nikki was still sleeping in our bed. And she made the most horrific and annoying sounds when she was thirsty. Looking back, it’s funny, but then, not so much.

The good: My career started. I got a job at New Horizons Computer Training Center (that is a post in itself). I got offered a chance at getting certified as a Network Administrator. It’s been history since.

The bad: I changed jobs because I was going to cheat on my wife and she found out. I didn’t but I would have.

The good: I was there, in the living room, when Joe walked for the first time. I had the day off and we I was watching the toppling of Saddam Huessien’s regime. The U.S. soldiers were pulling down his statue. I was on the floor and he just started walking after I stood him up. I was so excited, I took him to Oak Hills Elementary school where Michelle (my ex-wife) was working to tell her.

The bad: I was laid off. New Horizons was losing money and could not continue. I was devastated. 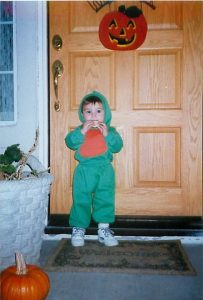 The good: The kids started playing soccer, softball, baseball, football and basketball. I got to coach a lot of that.

The bad: Nikki broke her are during a practice. Joe needed stitches when I was rough-housing with him while we were practicing soccer (no, I wasn’t abusing him) and I hit Jenna with a softball while we were at batting practice.

The good: The kids were popular and had a lot of friends. Joe became a homecoming prince for Oak Park High School.

The good: Michelle and I started to go out of our way to meet people. We went out every weekend and enjoyed our lives.

The bad: We met too many people. Our marriage was coming to an end. 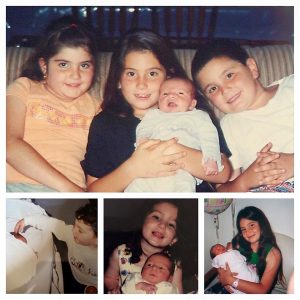 The good: I accepted that Michelle and I could not stay together. We separated.

The bad: I sold the house. I had to watch Nikki cry as we were cleaning it. Michelle refused to help.

The worst: My house of eighteen years was no longer mine. And I had to give my ex-wife half of the profits. She just wanted her money. I could have afforded the mortgage if she just cooperated.

That was a smidgen of the history.  Trust me, there was a lot more.

I have a lot of people with different opinions. When I found out, I told my friends. One was sympathetic and knew there were a lot of memories. The other said it was just a house and meant nothing.

They were both right. I should not care. It was just some property That I have not had any connection to in the last five years. But the place did have lots of memories. My son has died. My eldest is married with her second child on the way. I see my youngest once a year, if I’m lucky. I don’t talk to the other. The reality is the best times of my life were when we were a family. It was the only time we were all together.

Maybe I shouldn’t feel this way, but I am sad. And the memories just keep stirring.