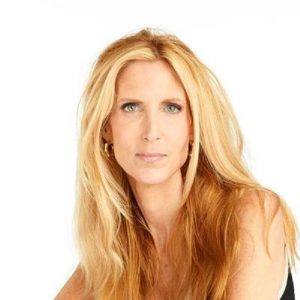 I love Audible. All those bitching about Jeff Bezos and some of his questionable employment practices (that’s you, Bernie Sanders) really do not understand how awesome capitalism is. I can not read a book and listen to another. I am getting smarter by the second. Those who are getting paid four dollars an hour can quit and get another job as long as I get what I need from Amazon!

OK, I’m done with my rant. But I do love audible. This week, I listened to Resistance is Futile by Ann Coulter. The book was published in 2017. For those who like Audible, it was narrated by Ann Coulter herself. I love when the author actually reads his/her own book because it makes me feel like the book is actually important to the author. A lot of writes don’t actually narrate their own books.

I love listening to Ann Coulter. She is smart and angry all the time. She hates the Left and can argue them under the table. She is a far Right conservative (Alt Right?) and her ideas even go beyond what I think. But her ideas are well thought out and compelling. And she fears no one. She will go on any show, debate anyone and maintain her fiery passion. She may not change my mind on things but I would have a hard time debating her. I have read all her books and am a devout fan. For those who have never heard of Ann Coulter, here is her in all her glory:

That’s right, she had the guts to go on the Bill Maher show and argue with Leftists alone in front of a hostile Leftist audience. God I love her. Well, she rights like she talks: with reasoned fury.

She writes like she talks. Angry. Her book, Resistance is Futile, is about the Left’s constant attack on the Trump presidency and, indirectly, on the voters of this country. She goes over the “swamp.” In case you have been living under a rock or, simply, don’t like politics, the “swamp” is the state of politics seen my most Americans (especially the right) and describes the corruption and stagnation of political discourse. It is made up of politicians, the media, lobbyists, Hollywood and bureaucrats including the FBI and Justice Department. And she does not get picky about political parties. She tears into Democrats and Republicans alike. Let’s face it, Donald Trump is not a politician. He’s a man that loves the United States and Americans. 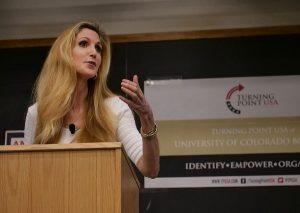 The book is well written and an easy to understand. Definitely much better with Coulter narrating it because of her strong voice (though, one could tell she was reading it because she was a tad robotic). Her arguments, evidence and theories were, as usual, excellent. The only problem I think I had with the book was that I heard everything before. That’s a “me” thing and not a criticism of the book. I was a great book if you are on the Right. The book will suck butt if you are on the left. It will be very informative if one is a Centrist or dos not know much about politics.