And this whole thing is just disgusting. 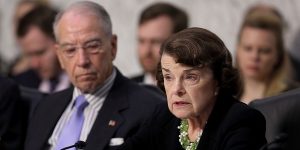 Brett Kavanaugh is going to get confirmed. The Democrats, no matter how many interviews they do on CNN or how many damning posts they tweet, it is going to happen. So, the day before the vote, Sen Dianne Feinstein decided to release information about a professor in California being sexually assaulted during a party when Kavanaugh was 17 years old. Democrats called for a hearing and they got it (more on that later). 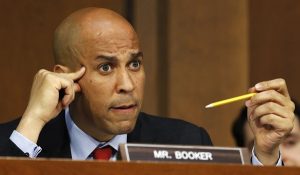 This smells so bad I am gagging. What human filth these Democrats are! This man has been working in the law, as a lawyer and judge, advised a President Bush, has a family and even coaches his daughters’ basketball teams. He has been investigated by the FBI six times to maintain his security clearance and to keep his past jobs. He was vetted by the FBI before his nomination hearings took place. I think all of this is crap. It is a way for the Democrats to delay this confirmation, run a man’s life and serve as a warning to future conservative Supreme Court nominees.

There will be a special place in Hell for these people. 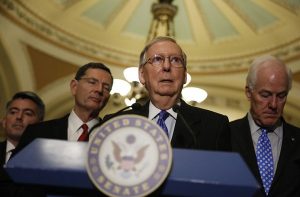 I have word for Republicans throughout this whole mess: Cowards. Did these guys learn anything about why Trump is President? He is President because he had the stones to call out people who are being jerk-offs. He’s still doing through his tweets (though some might be ill advised). The people love him.

But the Republicans are pussies (is that se?) and are scared to do anything for fear of pissing off Democrats. Though we got a tax cut through and eliminated some of the worst parts of the Affordable Care Act, Republicans have been gun shy about actually using the power that they received. 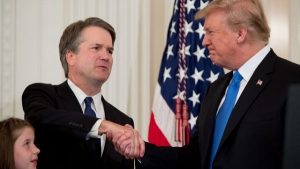 And they are doing it again and the voters are watching. At Matt Walsh from the Daily Wire podcast pointed out: What would Democrats do if they were face with the same situation? They would say, “Who cares,” and nominate their justice. What did Republicans do? Negotiate and entertain some of the most unreasonable condition this woman could come up with, postponing the vote for a week and a half, giving Democrats time to find something else (which won’t happen). 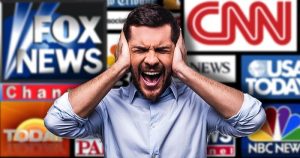 How the media can seriously look at itself and think that it is fair is a mystery to me. I mean, when Anderson Cooper is finished with his show, does he watch himself or just turn to Fox News to get information on the stories of the day. I watch all three major cable news networks (Fox News, CNN and MSNBC). All three are slanted. But, at least, Fox News and MSNBC admit it. CNN thinks it is up there with the Wall Street Journal. 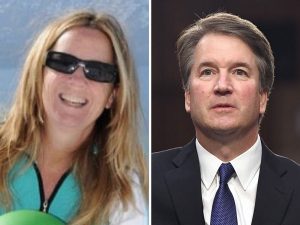 CNN, MSNBC and The View (when did they become a credible source for news?) are saying that Kavanaugh is guilty and needs to prove his innocence against these “credible” allegations. Wait, huh? Isn’t it the accuser that is responsible to prove the crime happened? The New Yorker claimed they found another accuser (again, thirty years ago) but didn’t bother to vet the story. Not only did the story not prove true, there was evidence making Kavanaugh look better. The New York Times printed an article about a year book entry from high school. Of course, not vetted and proved to be false and irrelevant. And now, the media is focusing on claims from blowhard Michael Avenatti (of “Creepy Porn Lawyer” fame) who has said Brett Kavanaugh once lead a “gang rape club.” 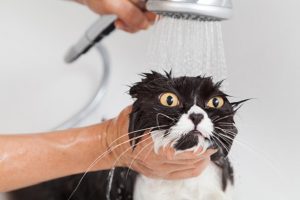 I need a shower. This is so dirty and wrong I cannot believe it is happening. But I need to believe it and so should everyone watching this. It can be a real issue for our country.

First, we cannot let popularity determine a Supreme Court justice. It has to be if he or she is qualified. I hate Sodomeyor and Kagen’s politics but they are qualified and should have been confirmed. Kavanaugh is qualified and hasn’t done anything that disqualifies him. He should be confirmed.

Second, no political party, especially the minority, should not have that much power to  influence a decision based off of unverified aligations. Diane Fienstien should be censured for holding that information for so long. I will even go so far as to say the accuser should be ignored because of the timing. But I won’t because it will be awesome television (if she shows up).

We’ll see what happens, but I fear for the road the country is going on. I have never seen it so much corruption. Something needs to be done.