We live in a world where I can find a stupid story within ten minutes of searching. But, this week, I found them and  had to wait to let these stupid stories really blossom into an idiocy that is beyond comprehension. I followed these stories and they just got funnier. 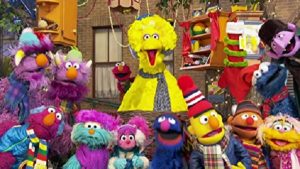 So, let me explain my process. I look for these stories on certain websites and Twitter. When I find them, I copy the link and read them. Then, right before I write about them, I read them again to refresh my memory. I do this because sometimes a dumb story isn’t that dumb (the headline is dumb). Then, I walk around my place and monologue about the story I am going to write about. I do this so that I can write to you in the same way that I would talk to you face-to-face. But there are issues with this.

I have a mouth and it can be unfiltered. I must have looked absolutely insane, yelling and cussing at the stupidity of this story. But, more so, it is frustration about how stupid we have gotten in this country. It just amazes me that people actually waste brain cells thinking about this crap. I was able to get all the foul thoughts out of my head before I started writing this post.

With that, let’s talk about Sesame Street. They had a really rough week.

It Would Be Wrong to Crap in Those

So the New York Post (through the DailyWire.com) reported that the Sesame Street characters would be removed from Pampers diapers. Apparently, Pampers thought that the all male characters that were on their diapers weren’t…wait for it…inclusive enough. That’s right: Sesame Street was being sexist. So, to go with the SJW (Social Justice Warrior) narrative, they virtue signaled to the world and  removed the characters from the diapers. Hey, good for them! 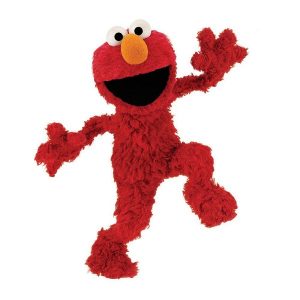 OK, there are a couple of problems with this. Like kids who have to wear diapers probably don’t know that Elmo is a boy. And, better yet, don’t care. The just see a brightly colored character with a cute high-pitched voice. My grandson loves Elmo. But I doubt he ever noticed him on his diapers. But there’s more.

Oh, but it gets better. Wait until you hear this next story (well, stories).

So Are They or Aren’t They? 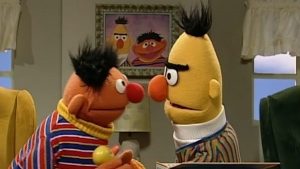 These stories are awesome. It actually is made up of two stories. But there needs to be a little background first.

Sesame Streets main characters, Bert and Ernie, are two characters that lived together. They sleep in the same room, though in separate beds, hang out together and always had arms around each other. In 1973, no one thought too much about it. But this ain’t 1973. I think it was the 1990’s when people began to question the sexual preference of Burt and Ernie. There was no answer, case closed.

Well, on Sunday or Monday someone asked, again, if Burt and  Ernie were gay lovers. Apparently the guy they talked to said that they were not, they were just good friends.

Stop the presses! Burt and Ernie might not be gay!

Of course, the very next day, the LGBT (QRSTWXYZ) protested and sent a letter of complaint to…whoever. Two days later, some PR guy released a statement stating that Bert and Ernie were actually gay lovers.

Now, to give you an idea of how stupid I thought the initial story was, I copied and pasted the link for the website for the link that confirmed that Burt and Ernie were straight (which I thought was a dumb story right off the bat) and saw the next article on Wednesday. Wow, the SJW’s really won this battle. I could not even keep up with this story. So what do I have to say about this. Hold on, I have to copy and paste the paragraph I already wrote so I don’t have to aggravate my carpel-tunnel syndrome. 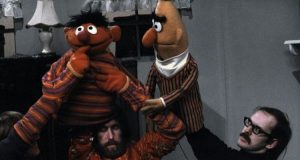 I think I just had a mini-stroke, This is so stupid, I think I short circuited.

This is why Trump is President.

People are tired of this narrative they need to live by. This country is a live-and-let-live country. No one cares if your gay. But don’t force it down our throats. When SJW decide to force a narrative and it succeeds, especially when dealing with kids so young (let’s face it, 40-year olds aren’t watching Sesame Street) because it appears to be indoctrination. Training children to accept a narrative. It would be quite disgusting if it weren’t so funny that people get outraged over the dumbest things.