My girlfriend’s daughter asked me an awesome question. One that I really had to think about. She asked: “What are your favorite books.” This was a shock to my system. I didn’t know how to answer. Beads of sweat formed on my forehead. What makes a book that is great?

I have come up with some standards on what makes a book that has had an impact on me. Now, mind you, this does not work for everyone. What I like and impacts me does not necessarily impact another person. After all, literature is art and art is subjective. But I am going to let my narcissist out and make this all about me. So here are my standards. 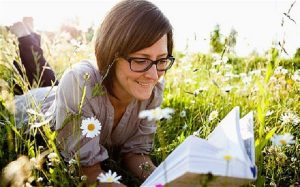 A book should have an emotional impact to the point it is unforgettable. It brings up thoughts that shape me. I will read these books more than once and may often quote from them. And those quotes will quell any argument because they are too powerful to be countered.

Finally, I like books that are ethical. They teach me how to live. Today, right and wrong are made out to be subjective. Well, it is accepted that way. I don’t believe that. There is a universal right and wrong, and we know what they are, even if we try to reason out why they are wrong. An example would be abortion. This has always been treated as a black and white issue, as it should. It is either wrong to kill an unborn baby or it’s not a baby but a part of a woman’s body that she can fix (?) the way she chooses. That’s an ethical decision.

Finally, if I read the book more than once, it’s a good book. It isn’t one that I download on my Amazon Fire, but one that O by and annotate. So here are the five most favorite books I own. 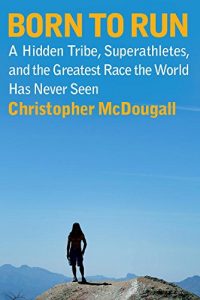 Christopher McDougall’s book, Born to Run is about the first ever Copper Canton 100K ultramarathon in Mexico with the Tarahumara Indian tribe. The Tarahuamara Indians are infamous for their incredible endurance and their mysterious traditions. It is about five ultrarunners who are trying to get through the terrible climate, the brutal terrain and the drug cartels to get to race in one of the worst environments possible. If you know an ultra runner or are an ultra runner, you will already know they are nuts. So their story is interesting.
But the book is so much more. There is a lot of running history, biology, education of footwear and, boy, does it motivate one to run. I learned about barefoot running, about the evil empire Nike and about how human beings are suppose to run as opposed to any other animal.

This is the book motivated me to do my first ultramarathon. I have read this book twice, have it in hard cover and audible formats so I can easily go through it again when I’m feeling kind of sluggish and don’t want to run.

.Great book about the first Copper Canyon ultramarathon with the Tarahumara Indians in Mexico. This book combines the story of the people who traveled to

George Orwell has always been good at bringing the horrors of totalitarianism to the public. His most famous book, 1984, is a horrifying look into total control of the people. The movie, which stays pretty close to the book, brings the horror and blandness to the eyes of the viewers. But I do not think that was his best book. His book, Animal Farm is about a farm. The farm animals, lead by the pigs decide to overthrow the farmer and take over. And they succeed. But the success of their revolution quickly disintegrates as the pigs slowly begin to take control the farm Those who have a problem with it, disappear.

This book is an absolute terror. It shows how a perceived freedom can be undermined and ttal control achieved. I have read this book four times and will probably get the hard back copy for my library and read it again. My favorite line from this book, one I use when someone is becoming too much of a dictator:
“All animals are created equal. But some are more equal than others.” 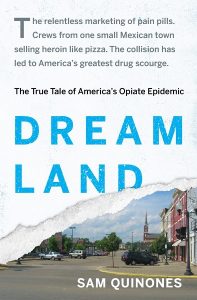 This book is a personal one. I heard about it from a radio show I listen to and it was highly recommended. Though I like Dr. Drew and Ben Shapiro, that is not why I read it. I read it to make some sense of what killed my son: the opiate crisis. The book was written by Sam Quinones.

I bought the book in audio format and it really struck me. I wanted to take my time with it so I bought the book. I have high plans to annotate the crap out of it and tell anyone who will listen. I think I have something to say. And I think it will help me get through it to understand that he was not the only one who went through this.

God, I miss him so much.

If you decided to read my resume, you’ll know I’m an English major (yeah, don’t say it). But I was a little more specialized than the vague major of English. I studies English literature. That’ what’s on my diploma. But I really studies existentialisn, absurdism abd the theatre of the absurd. Authors I loved were Sarte, Camus and Ionesco. I always had a kink of love with absurdism (Camus). Camus and Sarte (Existentialism) hated each other. Camus’ The Stranger Is about a man without empathy for anyone but himself (sociopath?). His mother dies at the beginning of the book and he doesn’t care. One day, at a beach, he kills a man for…nothing.

It`s a very powerful and disturbing book. I read it twice in high school and once in college. Though I do not abide to Existentialisn or Absurdism (because I grew up), I will never forget the awesome first words of the book (heck, it was my password for a while): “My mother died today.” 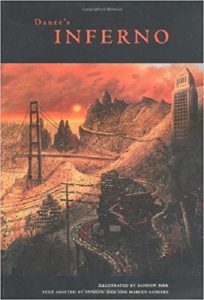 This is not a book, but a poem. A really long poem and nothing rhymes. But Dante’s Inferno brings the concept of biblical evil and the punishment that is the consequence. Now, this is a fiction. He’s not saying that, “This is Hell.” He’ showing sin and the gradation of sin. And Dante uses the worst people of his life (that he knew at the time) as examples. It is truly awesome and terrifying.
I have read this book four times. I am reading it, right now, a fifth time. I plan to write a book using this book as reference. It is awesome and really works well with the Bible. 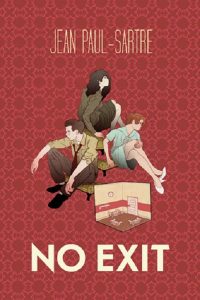 Jean Paul Sarte’s play No Exit does not qualify as a book. But it is, without a doubt, my favorite piece of literature. I do believe Camus had it right, but I think Sarte was a much better writer. The play is about three people who are in a room in Hell. The room is simple with one door, that is not locked, with an ugly statue on the mantle and three couches, one for each of them. No beds (they don’t need to sleep) and they don’t know each other. They learn about each other and their sins. And it is awesome.

I have read this play about twenty times. It had that kind of impact on me. As a matter of fact, I am going to look on Audible to see if they have a version. Don’t believe me? Just download the play on the Internet. You can get it for free. 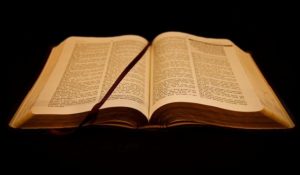 Come on now, really? You thought this book wasn’t a big deal? It has taken thousands of years of human development and summed it up in a thousand page book. Heck, how we should live is based on ten simple rules.

Yes, some of it contradicts itself, but the people that point that out don’t believe in it in the first place. But I bet those people are also more confused, lost and don’t know where they going. Too bad for them. Read the Bible and things will make sense.

There are so many books out there. I could have, easily, brought up fifteen more. But I decided to write about the ones that have affected me for the last thirty years. They changed my life. Here is a quick list of other books that have had a major impact on me.

The Constitution and Bill of Rights
The Federalist Papers
The Catcher in the Rye by J.D. Salinger
The Shining by Steven King
12 Rules for Life by Jordan Peterson
The Subtle Art of Not Giving a Fuck by Mark Manson
The Conservative’s Handbook by Paul Valentine

These are Just a few books. Some of them are relatively new. And there are plenty of more out there. I am sure the above list will change. I continue to explore and probably will for the rest of my life.