A beautiful thing happens at the beginning of the month. I get my monthly Audible credit. I have found Audible to be a an awesome find. It allows me to listen to a book while I continue to read what I need to read. So books like Dreamland and 12 Rules for Life, which are complicated and deep enough to need to be read, do not interfere with easy fun books like the one I am going to review not. The book I chose was the Gutfeld Monologues by, you guessed it, Greg Gutfeld. The book was released in 2018.

To understand the book, you need to understand the author. Greg Gutfeld is a talk show hos for Fox News. After college at UC Berkeley and an internship, he worked at Prevention magazine and Men’s Health magazine. Ironically, he was replaced at Men’s Health magazine by David Zinczenko. Zinczenco wrote my favorite diet book, one that helped me lose fifty pounds. He then went to do some editing for Maxim magazine. Gutfeld went on to do his first talk show on Fox news called Red Eye. I only saw this show a few times because it was on so late and I have a life that requires sleep. But the episodes I did see were awesome. After Red Eye, he moved on to do The Five (also on Fox). The Five was a political talk show with, you guessed it again, five co-hosts. The show is still on air (and on my DVR). Eventually, Fox decided to give him a rather loose political weekend show called the Greg Gutfeld Show (I have that one on my DRV too). On that show, there are, again, five hosts, one being a professional wrestler from the WWE, Tyrus (not his real name but I don’t watch the WWE). Now, I know I skipped some of his career (probably most of it) but that doesn’t matter. I just want to give a quick overview of his career. Now let’s talk about him. 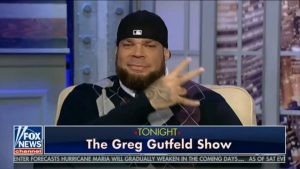 Greg Gutfeld is 54 years old. He is a non-religious libertarian. And he has one of the sickest sense of humor that I have ever heard. And that’s why I watch his show and read his books. He’s funny even to the point of being politically incorrect (though I am pretty sure that`s not bad). I mean, this guy got fired from a job because he paid for dwarves to show up at some conference and be as obnoxious as they could. He had to apologize to Canada because he did not know they were involved in the war in Afghanistan stating that he did not know Canada had an army. Awesome. Hey, if you can’t make fun of dwarfs and Canada’s army, why live? Next, we are not going to be able to make fun of the military might of France (I’m pretty sure “military might” and “France” in the same sentence is an oxymoron). So, this guy is funny. Now, to what the book is about. 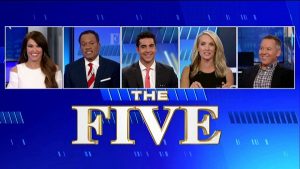 Before each show, Greg (can I call him Greg or is it Gregg?) gives a monolouge with a political message. This book presents those monolouges from 2010. The monolouge is read and then Gutfeld, himself will criticcize what he said. Most of the time, Gutfeld is positive about what he said but He also will get kind of hard on himself for dumb things or repetition (usually blaming it on being drunk or hungover). The idea is very orgininal and interesting. His criticisms were made up of what he did wrong, what he could have done better and what he should have added. It was a very cool idea.

The Audible version was very good. The narrator would read the monolog. Then, gutfeld himself, would narrate the criticism. It made the book interesting and showed me that Gutfeld thoought so much of his book that he should be involved in the narration. In fact, him being involved made the book fly by. Before I knew it, it was over. 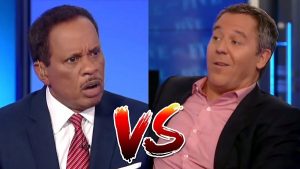 This truly is a great Audible book; if you are a conservative. The writing and and the narration are hypnotic. OK, I’m being dramatic. But it’s really good. I knew it was probably going to be good. I have read everyone of Greg’s books (I will call him Greg, this time, because I paid for the books). If you are on the left, you’ll hate it. Way too much common sense and reason for those folks.

Very well written, very intelligent. I don’t agree with all his politics, but I agree with most and he can convince a polar bear it needs ice. I give it 5 stars of five.

Oh, by the way, did I mention he has a podcast called “The One”? Listen to it one day. Short, sweet and to the point. 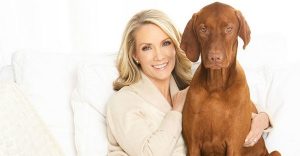 The above picture is of another co-host on The Five. She’s just cute so I added the picture.