I was up a 6:30 in the morning. Just a typical day. I had to teach a class in Oxnard, California. Oxnard in in the middle of Ventura county and it would take my thirty minutes to get there. I liked to get to class early so I could have some coffee and wake up. There was down grade that I needed to drive down. It was a tough hill. There was a CHP station (lots of cops) and I needed to pay attention for fears of driving too fast. 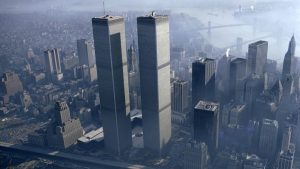 That’s when I got a call from my ex-wife. A plane hit one of the Twin Towers in New York. I asked what happened, but she didn’t know. I was still tentiy minutes from work I hough there must have been an accident. I went on. I recieved a call a few minutes later (or what seemed a few minutes later). Another plave hit the other tower. I knew what was happening.

I arrived at work, set my computer up and went to CNN’s website. It was true. Both towers were hit. At that time, video was rare and hardly worked. Forget about live feeds. I was at the mercy of the guys who could type fast enough to update me. 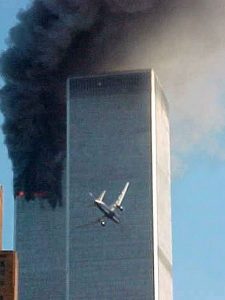 I visited New York a few times and saw the Twin Towers. They always held something over me. Not because of their size and majesty but because of the remake of King Kong which starred Jessica Lange. When I actually say then, they were awesome. Just…huge. There was just no way they could be taken down. I didn’t believe her.

I have never pressed F5 (the computer shortcut for refreshing a web page) more in my life. And I saw the still picture of the carnage. A couple of walls hanging out of the rubble. Then I saw the video of the planes crashing into the towers.

I was in shock. I could not cancel the class I was teaching, though I was hoping it would be cancelled for me. I just…kept refreshing the web page. I needed to know what happened. I watched the videos, when they were able to reload, over and over again. They showed me the same thing. The mighty Twin Towers, the same buildings that defeated King Kong, were gone.

To this day, I look at the images of what happened. Images that I missed because I had to work. Images my ex-wife saw live. I still can’t believe it happened. I spent three week staring at CNN, hoping they’d make sense of it. They didn’t. Most of their news stories We just fodder. 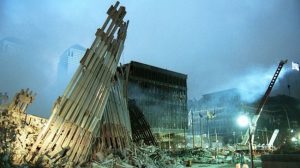 Today, as a nation, we seem to have forgotten this tragedy. We are all too worried about Russian conspiracies, gender pronouns, racism and protecting the groups that did this. We have fought two wars against these animals, something one is not allowed to say for fear of insulting them. There is so little happening in the world that things like what happened on September 11th seem like distant history.

Well, I remember. I am never going to forget. No American should.