I swear, I never seem to be able to go through a day before I find the really dumb stories of the week. As a matter of fact, I should point you to some of my resources for dumb stories but then I might take you away from my blog (don’t worry, I’ll risk it in a later post). Monday was a holiday so I took the day off from trolling Twitter and did not look for my stupid stories until Tuesday.

Well, it didn’t take long. I found two stories right off the bat and have several the I thought were just as stupid. Unfortunately, There are five days in a week so I added something on Friday, which means my post will be late. Oh, well. Here we go! 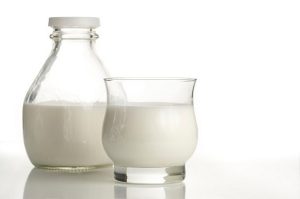 I hate writing titles, but when you have a good one, use it. A law professor from George Washington University (actually, a really “good” university) said in a paper that milk (wait for it) is a “symbol and tool…of white dominance and superiority. (Breitbart.com).

No shit! Let me explain.

Sociologist E. Melanie Dupuis made the connection and legal “scholar” (notice I didn’t say lawyer because he probably couldn’t pass the bar exam) Iselin Gambert (awesome name) published the “research” paper. Hey, it gets better. this quote from the study pretty much sums it up:

“Milk is one of the most ubiquitous and heavily regulated substances on the planet – and perhaps one of the most contested. It is tied closely to notions of purity, health, and femininity, and is seen as so central to human civilization that our own galaxy – the Milky Way – is named after it. But despite its wholesome reputation, milk has long had a sinister side, being bound up with the exploitation of the (human and nonhuman) bodies it comes from and being a symbol of and tool for white dominance and superiority. The word itself, in verb form, means ‘to exploit.’ It is also a word at the center of a decades-old, multinational battle taking place in courthouses, the halls of congress, on social media, and in the streets.” (page 1).

I actually downloaded the paper and read it to verify the story (I don’t trust Breitbart that much).  He suggested, in order to avoid the actual meaning of milk, that we actually spell it “mylk” as not to promote the “oppressive” term. Nice. This is an awesome read and I feel slightly enlightened. And I think you’ll be surprised by my response. 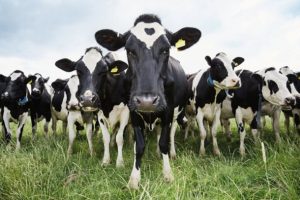 I completely agree. But it is not not because of mylk. It is because of the bastards that produce it. Cows. They are ruining our economy by costing so much (in the form of steak) at the grocery store. They are always bitching about wanting to be “free range” (or is that chickens?), costing farmers big bucks to raise them.

Then, they are bad for the environment. They are farting all the time, eating away at the ozone layer. They eat all the grass (grass sucks up carbon dioxide and releases oxygen). They poop everywhere and smell really bad.

Now, I learn that cows are racist too. Pseudo pissing that white hellfire (mylk) that that leads white men to believe they are superior and above all those of color. That fatty elixir that is solidifying our culture of prejudice and sexism (I’m sure bigotry too, just can’t figure it out yet).

Yeah, they look good on those Nazi Chick-Fill-A commercials, acting like they are diverse by sporting black and white hides, but I know. They are just virtue signalling like those evil corporations during their multi million dollar commercials. But I see through their guise. And it is sinister (a very over-used word, according the Greg Gutfeld).

I’m just kidding. The guy who wrote this article is an idiot. Cows rock! Milk only sucks because I’m lactose intolerant.

And the Oscar Goes To…

This one came up only a few hours before I wrote this, which is only a few more hours before I post. Cory Booker, a senator from New Jersey, decided to risk his political career by releasing confidential material to make Judge Brett Kavanuagh look like a racist. And, boy, did he make a scene. Watch the video below:

Now, there are a couple of problems with this whole thing. First, the documents were not confidential. They were cleared three hours earlier at the request of Cory Booker! That’s right, he got them cleared and knew it! That whole speech was an act! That isn’t a surprise, he wants to run for president in 2020 (and I hope he does). Nice acting job!

But that’s not the funniest part of the story (though that was pretty funny). The E-mails actually prove  that Judge Kavanaugh is not a racist! The E-mail,, which was composed after 9-11 (a rather chaotic time to be in the government) asked Kavanaugh if it would be legal to racially profile Muslims at airports. The hope was to prevent more plane hijackings. Kavanaugh responded by saying he did not believe it was constitutional and suggested that the find a “racially neutral” solution.

So, let’s review what the E-mails proved. Kavanaugh is not a racist, he knows the law and he kept his cool during one of the most chaotic periods in the history of the United States. Probably not what Booker wanted to show. Maybe he should actually read the E-mails next time. But, hey, it was great theatre.

There Were Dozens of Honorable Mentions 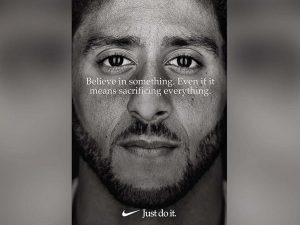 This week has been an awesome news week. Lots of funny crap. Like Nike signing Colin Kaepernick and putting him in a commercial, acting as a hero who lost everything (he’s worth close to $100 million now). And the transexual who was pissed off at a bank because his voice sounded like a man but his name was that of a woman. And, oh yeah, let’s not forget California, which is about to set gender requirements for the board of directors of publicaly traded companies (I love California!). But I decided on these.

Hope you enjoyed it. Soon, I will dedicate this site to my life. That’s right, no more politics (probably). I am designing a new site which will have a few more moderators and will be starting our podcast. That site will be DumbassesTalkingPolitics.com. This will be awesome with up to four people of differing politics talking about the stupid crap I write about. I am excited about it.