My quest to get through Amazon’s must-read books continues. And another one is in the books. The 1994 book, Breath, Eyes, Memory, by Edwidge Danticat is number 15 on Amazon’s lists. I had a real tough time with Bel Canto so I am hoping this one is a lot better. It was chosen for Oprah’s Book Club in 1998. I guess it wasn’t good enough to win a real prize like a Pulitzer or something. I new nothing about it so I just decided to go with it.

The story started with a little girl in Haiti who was living with her aunt. These were hard times in Haiti; political unrest, crime and violence. People could be beaten or killed on the streets at any time. The little girl, Sophie, has been called to New York to live with her mother. Her mother moved to New York on the visa lottery a few years prior. Though Sophia does not want to go she is forced to go.

When she gets there, New York does not look like the utopia that she was told. The streets and dirty with a lot of poor people. The car her mother drives is a real junker and the apartment Sophie’s mother lives in is small and loud. There, Sophie learns that her mother was raped when she was young and the result was Sophie.

Years pass, and Sophie is going through the “woman’s virtue” things that some of the small religious countries go to. She starts to see a much older man (who mother does not care for but does not know about) and mother begins to panic. She begins to “test” Sophie to verify she is still a virgin. This is when things go dark very fast. I knew at this point things were not going to go well. 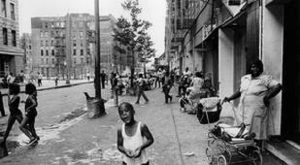 Like Bel Canto I thought the book was very well written. Danticat knows how to use words to create nice mages for the reader. One problem I had with the book is I had a really hard time feeling anything for any of the characters. That might have been on purpose. Of course I felt for Sophie, but I did not care much for her mom or Sophie’s husband, who is hardly mentioned in the book but seems like a good man. When Sophie went back to Haiti to get away from her marriage, I felt “comfortable” again. That might have been on purpose. The writer may have tried to make New York and Sophie’s relationships in New York feel uncomfortable. Because Sophie was never comfortable.

That’s what I mean about Danticat’s writing. One could feel Sophie’s struggle especially when she was dealing with her mother’s “testing”. 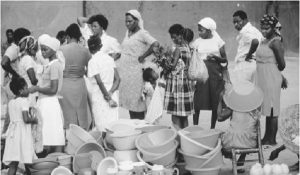 But, overall, I was not a real fan of the book. It was short, easy to read and a decent story. It was just not a story that I was interested in. It is a lot of mother/daughter relationships and gender identity stuff. Yep, not for me. But I know there are a lot of people who would like this type of book. Danticat is kind of a watered down Toni Morrison (I do love Toni Morrison).

If you like what you ave heard, it is definitely a book to read. Even if one is not sure it sounds too great, it is a short book and easy to get in to. It i definitely worth a read. I give it a 3 out of 5 stars.