Here we go again: the dumb stories of the week. And we had a couple of winners on Tuesday. I probably would have had them on Monday, but I took the day off and there isn’t much Twitter on days I’m off. I have better things to do.

There are some doozies. So let’s not diddle-daddle and get right to it.

I Just Thought They Were Nerds 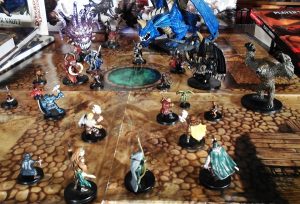 A Stanford professor named Antero Garcia has published an article about how the tabletop, role playing game, Dungeons and Dragons, has some very serious sexist and race problems. The “professor” goes on to say that D&D is a game that promotes white male privlege because play was dominated by white males. Characters were overwhelmingly chosen were male. He said that this game system and all around it show the pervasive problems that all systems have when it comes to gender and race (though he admits that he can’t explain why more characters are being made female in recent years). He hopes that further study about and around the game’s system will make Dungeons and Dragons a more “diverse and inclusive” experience.

Oh…my…God! This guy got accepted into Stanford? This tripe actually got published? 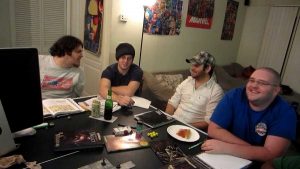 First off, I played D&D and, when I bought my first set, nowhere did it say “For ages 14 and up and must be a white male to play”. And, also, has this guy even seen the people who play this game? Usually a pimply, overweight adolescent with black horned-rimmed glasses who couldn’t try out for the school’s chess club because of his asthma. The guys who play these games are not exactly the masculine type the are going to promote and keep the repressive patriarchy in the Unites States (hey, there ain’t any of that either). And Garcia couldn’t figure out why more D&D characters were becoming female? Because these guys can”t get dates and those little pewter statues they spend hours painting on Friday nights look pretty good to them.

Hey, leave the game alone. The reason white men are known to play (though I have seen plenty of people who do not fall into that catagory play) is because nobody else wants to play. Stop trying to change something that people love. What’s more sad than these guys spending hours playing D&D is that this guy spent a couple of years “researching” this. He’s the depressing one. 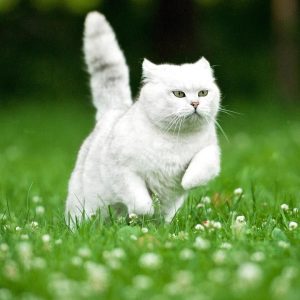 I needed to find another stupid story, so I thought the best place to go was, you got it, the Huffington Post. And it took about forty-three seconds to find one. This article is about the oppression of big government. That’s right. This is the Nazis, communists, the Brady Bunch and the Huntas all tied into one tyranical government regulation. This is such a big story, it not only made the Huffington Post but also hit the pages of the New York Times.

In the New Zealand town of Omaui, the government banned cats. Yes, non of the 36 people in this metropolis can get a new cat. Existing cats can stay but they must be spay or neutered and any new residents must come to town catless. So why did they do this? 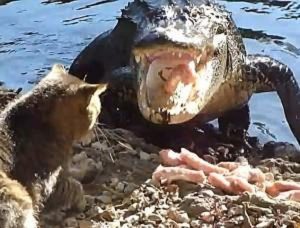 Well, the cat is a non-native species to New Zealand and the environmental group over there believed that the 7 or 8 cats (that right, there were 7 or 8 cats in the entire town) would introduce a new predatory species to the environment. That’s right, they did not want the kitty cats to eat all the sweet crocodiles, pythons, dingos and great white sharks. The opposition group, the eight people that own cats, say that there are a lot of mice and, without the cats, the mice will infest their homes. Though it was suggested that the cats just stay indoors, the tyrants of the Omaui city council just decided to ban the cats.

I have several questions here. First, the cats are, like, the smallest animals in New Zealand. Have you seen the animals in New Zealand and Australia? The butterflies are poisonous. Next, how much damage to the environment are eight cats going to cause? Couldn’t the just require spaying and neutering? Finally, and most important, why are the Huffington Post and New York Times reporting on this? Can they not think of anymore anti-Trump dirt.

It’s been a fun-filled week. Unfortunately, not all was good news. John McCain died. Though I was not a huge fan of his policies, he was a good man and a war hero and he did not deserve to die like that. Also, it looks like the Catholics will be looking for a new pope soon. Apparently Pope Francis was hiding child molesters and gay, coke-snorting monsignors. Ungood. I hate Pope Francis anyway so I’m not too broken up about it. 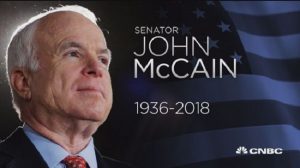 Stay tuned for a new entry next week.