We live in a really screwed up world today. With social media and blogs out there, any idiot with a computer can post his opinion and it will get published (including mine). I don’t take most of these opinions seriously because, half the time, the writers are making statements from some extreme point of view. Some of the news stories out there are just amazing in their stupidity.

So I have decided to do a new topic on Fridays called Ridiculous Stories of the Week. I will select two or three stories I found very entertaining. I have wanted to do this for a while, but this week’s stories were too much to resist. So Here we go!

Lions and Tigers and Bears…Oh My! 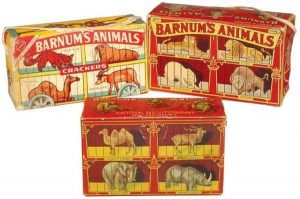 Congrats to the People for the Ethical Treatment of Animals (Peta) for making the first on the list! Actually, this wasn’t the dumbest story but it was the first one I read. Peta scored a major victory this week! They forced Mondelez International, the makers of Barnum’s Animal Crackers to change their box so that animal pictures on the box were no longer in cages. That’s a huge feat considering the cookies have been around for over a hundred years. Peta wanted the package changed to protest the bad ways animals were treated in circuses. 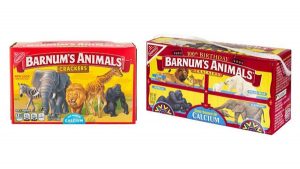 Ok, this is so stupid on so many levels. Why in God’s name did Peta find it important to to change a picture protesting a circus that no longer exists (Barnum and Bailey’s Circus went under in 2017). The new picture is just stupid. Shouldn’t the lion be eating the zebra? There’s no water so what is the hippo going to do? And aren’t gorillas suppose to be in the jungle, not the prairie?  Those might sound like stupid questions but are they any more stupid than Peta trying to have cartoon picture treated ethically?

My Penis Feels So Much More Included 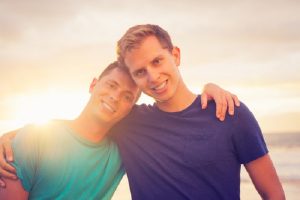 So the LGBTQIAXYZ (whatever other letters they added this week) has decided the the word “vagina” was not inclusive enough. See, these believe that our genitals are not really gender specific. For example, a trans woman may not call his vagina a vagina because he (she, it, whatever) does not identify as a woman but as a trans woman. Get it? Don’t worry about it if you don’t. I don’t either.

So the geniuses at BMC Pregnancy and Childbirth journal decided, for inclusions sake, to do away with vagina and penis and use the term “front hole” when describing genitalia. No crap. I suppose, though it was not explicitly defined, that the butt hole is the “back hole” since some might identify the butt hole as a vagina (ugh!).

This Is Just Sick 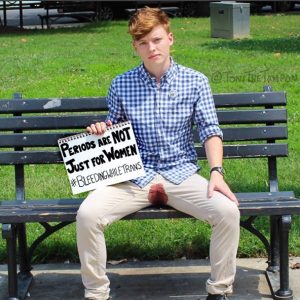 Leave it to the Huffington Post to come up with this one. The story is about a trans man, period-positive activist who is also an artist. She is sitting on a bench with her jeans bloody from her menstral cycle. She then tells us that, see, men have periods too. Oh, but it gets better. She then tells us that we shoulld stop seeing periods as a “female only” thing and that tampons should be in mens restrooms and they shouldn’t be in masquline colors also.

Remember my last entry about the transgender woman who is running for governor? I said he was nuts. Well, this person is also nuts. But that’s only part of it. What’s worse about this whole thing is that this bozo is too stupid that her having her period actually proves she is a woman. Hey, she has a period because she has a uterus. Men do not have periods because they do not have a uterus. The problem is a lot of people believe what this nut job believes. That’s just scary when reality is less important the fantasy world these people are living.

Whoever this gal is, I don’t think she is actually making a strong case for her belief system.