Though I have not posted much about my son in the last couple of months, I have been struggling. I am running into that same confusion and sadness that I had in the first couple of months since his death. I am having nightmares and trouble sleeping. I am moody and am having troubles focusing. Even my writing has been sub-par and I do not want to do anything that I normally enjoy. I have tried, as you have seen in my last few posts, to change my life in ways that will steer me to a more organized and ordered life. To set up my priorities and then follow through on them. Well, it hasn’t worked out for the best. I am still trying to follow through, but I am now feeling it. 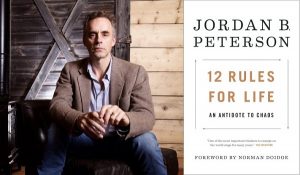 Josie and I were talking about this a few weeks ago. She knew I was having issues and she tried to spin it. She told me I knew this was bad and probably was always going to be bad. But I should think of good things about Joe. She asked me what I liked most about him. I gave an answer and some examples that actually made me chuckle a bit. Even though I knew why he was so different and I still loved him even though he was so difficult. I had issues putting my thoughts into words. I have been thinking about this for a month and it took reading Jordan Peterson’s book The 12 Rules for Life for me to understand. I am going to review this book when I finished it. It is an awesome book. In fact, I may take two posts to get through this book. But, I digress. Let me tell you one of Peterson’s antidotes that made me realize what it is I miss most of Joe. It may be hard to fathom and my grasp on the written word my not be developed enough to explain, but it made sense to me, which is what is important.

Everything I am saying is from Peterson’s book. I am going to paraphrase. None of these are my thoughts and I am not even sure I am correctly interpreting what Peterson said (though he said it in layman’s terms). So, if I’m a little off and you’re a Taoist, just leave a little notes in the comments.

The Chinese Taoist religion/philosophy is symbolized by a simple yet very profound symbol: the Yin and Yang. It is made up of two tear drops, one white that faces up and one black that faces down. The two wrap around each other (yeah, they are spooning). In the middle of each of their “heads” is a dot of the opposite color. If you see it, you will know what I am describing (and I posted a picture). The white tear drop represents Order (it is the masculine). The black tear drop represents Chaos (it is the feminine). The two “spooning” each other means that they are always work together. The teardrop represents a flow. The dots in the middle of the head of the opposite color means that Order has the potential to become Chaos and Chaos has the potential to become Order.

Here’s the thing: both Order and Chaos work together. Neither is Good or Evil (I might have to write about Evil and Good in the future; Milton’s Paradise Lost tries to show this). They just are. The dots of the opposite color in the heads of the tear drops symbolize the potential that Order can become Chaos and Chaos can become order. That’s important. One can have too much of Order and Chaos. Let me explain.

Order means that life is organized and structured. There are no surprises, no stresses and no fears. This sounds great but a truly ordered individual, where there is no Chaos in life, will find no excitement or growth in life. That’s not allowed with true Order. He will become stagnant. But that’s the best that can happen. When one becomes obsessed about Order, he (or society; this is how totalitarian governments start) become dead inside and will never improve. The one lost in Order will whither and die. Ever wonder why that CEO, one who has everything he could ever want and need, has the great family, has a future that has been laid before him, decides to stick a gun in his mouth and blow his brains out on the burba carpet? Too much Order. He lost the reason for why he is doing what he is doing.

Too much Chaos has the same result though a different path. One who lives in pure Chaos is never relieved from stress, loss or hope. He is always struggling and can never find a path that can lead to peace. This person will have health problems (high blood pressure, heart problems) giving him physical, as well as, emotional and psychological pain. He will usually turn to something that will ease that pain: drugs and alcohol. But this only exasperates the physical problems. These people, too, end up killing themselves, usually alone and forgotten.

So What Is It That I Miss Most About Joe?

My life has always been very Ordered. Probably too ordered. I would wake up, go to my steady job, come home, and do more work on the same couch in front of the same television, with the same television shows in the background. My wife was my totalitarian government. I would cook (she was a vegetarian and my kids were carnivores), wash my clothes and vacuum the carpet. I was very unhappy and, worse, I was killing myself. I was too much in the Yin.

Joe was different. When he was young, he was very outgoing. He was challenging. When he played baseball, basketball or football, he played hard and violently. He had spirit, he took risks, he challenged. He was the pure alpha male. He was like this when he was just a child. He ate a light bulb and had to have stitches in his lip from another accident: on the same day. He was at Chuck E. Cheese and broke his arm on an interactive video game. Six weeks later, when he had healed up, he went right back to that video game and broke the same arm again. He had no fear. He saw no consequence.

And I loved it. He would always challenge me in a good way. I remember a day he did not show up at home one night and I called him. I had to always be on my toes with that kid. One night, I called him because he was running late. He told me he was at his high school football field with his teammates. He was not using anything at the time, so I was sure it was innocent. I went to the field to pick him up and there he was and seven or eight of his friends. Joe immediately tackled me and we started wrestling. The boys cheered, seeing Joe had the advantage. I tapped him on the back, knowing I was done. But we didn’t leave right away. There was no way this sixteen year old punk was going to best me. I challenged him and he took it. I proceeded to whoop his ass. Twice. We didn’t get home for another two hours. 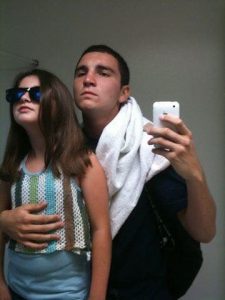 I loved that he could make me do what I had never allowed myself to do. I had fun with him. Everything, whether it be when I coached him sports or simply going to church, was a challenge. It was frustrating, rage-inducing, freeing and fun. But, there was a problem. Joe embraced Chaos. A problem Joe got deeper into and could not overcome.

As time marched on, Joe embraced the Chaos. He saw the Chaos as Order. He could not distinguish between the two. He started drinking to the point his decision making was not good. He started taking risks. His schooling started to suffer, his sports started to suffer and his family life started to suffer. This brought him great stress (he was always a very emotional young man). He started using drugs. First pot, then stronger drugs, I would assume, to kill the pain and stress. But this just led him to more Chaos. No matter how he tried, he could not pull himself out of the pain and he needed something to quell it. It was an endless cycle that no one could stop.

Joe was an awesome kid who had the potential to be a great man. I know this because he had the mind of a steel trap and the leadership that most admired. He led me out of my mundane life, at times, and experience the fun of life. He was great that way. He led people to see that there were other things out there. 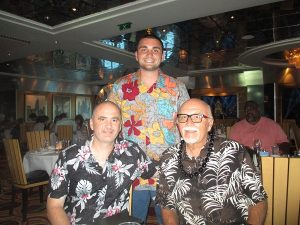 What I miss the most about him was he challenged me. He pointed out when I was being a “pussy” (in a nice way) and pushed me to take a chance. These dumb stunts of his (totally harmless, for the most part) made me laugh, to the point I would take risks (that were harmless but embarrassing) that made others laugh (ask Josie). He really brought something to my life. He was always like me, but I grew up (albeit, slowly) and made a life (albeit, one that may have been too organized or had too much Order).

Listen, this is the point of this article: What killed him brought life to my existence. When he suffered and died I lost some of my life and had to learn how to even exist. But the memory of him keeps me plodding on.

I love him and miss him very much.