So I lied. I was going to continue my “Reflections” series (there are only three) but I am not done with part two and there is a new outrage on the Internet that needs to be looked at. So I thought this would be a fun one to To talk about. 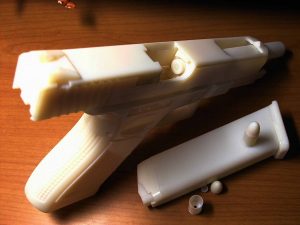 The Internet, nay the world, is up in arms about some guy uploading the blueprints to create a AR-15 through a 3-D printer. What has everyone flipping out about is…well…just read the article that CNN posted on their site by that hard-hitting journalist and political orator, Alyssa Milano (I was being sarcastic. She’s only an actress and a dumb one at that):

That’s right. We are all going to die. Every NRA member is going to print them off a weapon of mass destruction and jump on airplanes with school kids on board, and start shooting up everything and everybody while singing the Star Spangled Banner through their toothless mouths with their MAGA hats over their hearts. Does that paint a pretty good picture?

Let’s take a look at what is actually “printed” by these 3-D printers. Here’s what Miss Milano kind of missed: it’s only the base of the receiver for an AR-15. In other words, the only way that thing is going to hurt someone is if you throw it. You still need a barrel, the gas system, the ejection system, the stock and that’s all I know that is missing. People are not going to be able to take that thing, stick it down their pants and hijack a plane. The rifle still needs to be built.

That leads to the second reason the panic is really overdone: plastic guns have already been done before and they didn’t work well. I remember in 1987 or 1988, there was a kid who made a functional gun out of plastic. He knew how to make guns from his father and went to work. It was a simple single-shot handgun. But it didn’t last long. The plastic couldn’t withstand the stress. That’s the point: we have always been able to create plastic, undetectable guns. But they don’t work. Even the designer said that the rest of the rifle parts were going to have to be metal in order for the rifle to have any longevity.

Need proof that plastic guns were never ever seriously considered a valid weapon? How many terrorists, murderers or bank robbers have done there deeds with a plastic, undetectable gun? That’s right, none. 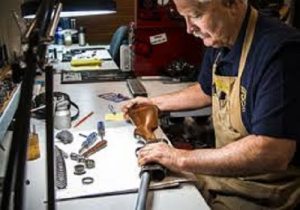 Looking at that, one would think it might not be too economical create because of all the parts you need to buy. To that I say: well, duh! Not only do you have to buy additional parts (which have to be a detectable metal) but you have to get a hold of a 3-D printer. The one that was used for the pictures was a $30,000 printer. That sounds like a lot of money for a rifle one can buy fully made and much more sturdy for a little over $1000.

Then there is one little thing no one seems to know or just would rather hide it from their talking points. It is already a federal crime to make an undetectable gun. All guns and rifles must be made of materials that can be detected through a metal detector. I know there are a lot of people out there that hate the NRA and are blaming them (also Trump and Fox News) for these plans being released even though the plans were released by some twenty year old kid. Here’s a news flash: NRA members typically do not commit gun crimes. None of the mass shootings in the last thirty years were committed by a member of the NRA (bet you never heard that little tidbit from David Hogg). With that being said, it’s unlikely you’re going to see and of those toothless rednecks creating plastic guns. 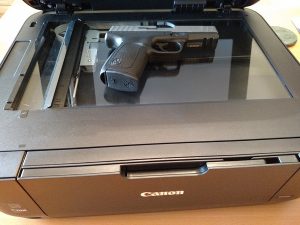 So, there you have it. All that panic that is pasted all over Twitter, Facebook, CNN, MSNBC and the like is probably not going to lead to much. I’m sure the authors of the next disaster are working overtime because it probably isn’t going to have much of a bite. I give it till the weekend. I am already hearing about the national debt being an issue. I’m not sure how many millions will die with that but I’m sure they will make something up.