Supreme Court Justice  Anthony Kennedy just threw the world into a tizzy this week. The 81 year old judge decided to retire on July 31. This absolutely flipped out the Democrats and the media. Apparently, the retirement of Judge Kennedy will lead this country into the destruction of the Constitution and down the path of Nazism (again). There is no better example of that then the conversation Chris Matthews had with of MSNBC:

Dude, relax. I am shocked that Matthews didn’t end up stroking out right on the air. Listening to his completely unreasonable rant, I can’t be 100% sure he didn’t stroke out before he got there. Now I need to be fair to Chris Matthews: he wasn’t the only one from the Left that lost their minds. He was just funniest example (God, I love Twitter). Chuck Schumer, Nancy Pelosi, Camala Harris, Cory Booker and Elizabeth “Fauxcahantus” Warren also flipped out. I would’ve mentioned all the crazies at CNN, who I don’t know because I can stand about four straight minutes watching before brain cells begin to fry, but I would have to name all of them (some guy named Chris Godzilla was really upset). 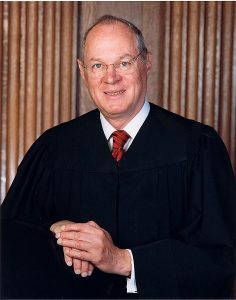 According to the Democrats and media, this is going to be like nuclear war, the plague, slavery, the Fourth Reich, the Great Depression and the the union of puppies and kittens all combined into one horrible, cataclysmic, apocalyptic disaster.

I have one thing to say about this: Calm the f**k down!

But I`m getting ahead of myself. I should probably talk about what the Supreme Court is suppose to do and why it has been overstepping over some of its decisions (Roe vs. Wade and gay marrage being a couple of those decisions).

The goal of the Supreme Court is to determine whether the federal government has overstepped its bounds. If the federal government oversteps its bounds (and those bounds are very well defined) the Supreme Court defers to the state governments. At that point, the decision of the states takes precedence. The judges are suppose to base their rulings on the text of the Constitution and Bill of Rights. Anything outside of that is suppose to be ignored and sent back to the state legislators and courts to determine what the law is. 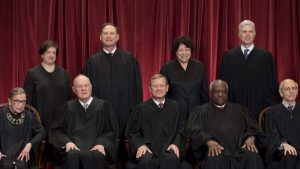 Progressive rulings are dangerous. They are actually changing the Constitution. Textualist, conservative judges stick to the true Constitution. Roe vs. Wade and gay marriage should have never happened. In Roe vs. Wade, the court ruled that there was no evidence of viability of the fetus and that stopping abortion was a privacy issue so, therefore, must be legalized. Here’s the problem: insurance and public programs would finance abortion, blowing out the privacy issue (it is more of an issue under Obamacare because it forces organizations to pay for abortions). Now, sentience of the fetus is the 1973 ruling could not be proved because we did not know then. If this was the case and privacy really couldn’t be used, the court should have refuse the here the case and deferred to the state. Let the states decide on their own. 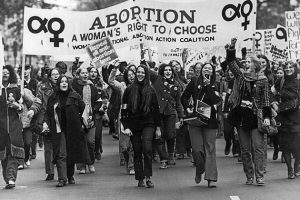 Gay marriage is the same thing. The LGBT argued that same sex relationships were a privacy issues and the government should not prevent two people to be married. They compared it to the Civil Rights movement of the 50’s and 60’s. The court bit and ruled the same sex marriages could not be banned. Again, big mistakes here. First, getting a marriage license is a public proclaiming of intent to marry. It’s public record therefore privacy could not be argued. Second, comparing same sex marriage to the Civil Right movement is absolutely wrong. There is a Constitutional amendment for Civil Rights (14th) which the Jim Crow laws directly violated. Marriage is not considered a protected right. I am single, I do not have the right to get married even if no one wants me. If you think about it, its a really stupid argument. This decision also should have not been heard by the courts and should have been deferred to the states.

See the pattern here? A conservative court will reject to hear a case if it does not literally violate the Constitution. It will just defer to the states and let the state decide whether something will be legal. A progressive court will actually create law. Creating law is the job of Congress. If the Constitution has not been updated to reflect a societal trend, then push to add an amendment to the Constitution. It is never easy for a law to be created and harder for an amendment to be passed, but that’s on purpose. Unfortunately, the Supreme Court has been made too powerful and a new avenue in which to create laws. 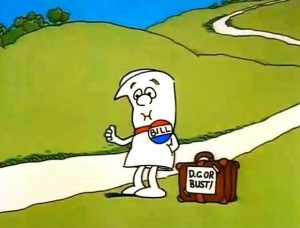 So, fear not, Liberals! The world will not end with another Conservative judge. Not everything will be overturned. You will still be able to get an abortion in California even if Roe vs. Wade is overturned (just probably not in Alabama). Fear not LGBT! You will still be able to get married in New York (just not in in Georgia)! You’ll just have to create laws the old fashioned way.