I read an article that was introduced to me by DailyWire.com. It is in Allure Magazine (I would not openly read anything from this magazine which is why I am referencing it) by Marci Brown. Feel free to read the link below:

Now, follow me here, this can get a little weird. The article is about a Mexican/Asian transsexual woman (or is it transsexual man? Whatever, it’s a dude that became a chick) who is a social media star. His or her name (whatever) is Nikita Dragun. She is known for posting exotic (not dirty) pictures and videos on Instagram and YouTube. An example of his/her work can be see below:

Anyway, Dragun posed in a picture where he/she is in a pink wig with dreadlocks eating a rather large roll of colorful cotton candy (that picture is the first picture in the post. What got Marci Brown’s panties in a bunch (I hope that’s not misogynistic, I don’t need my Twitter feed filled with #MeToo) is the wig. Apparently, the wig is a cultural appropriation from Black culture because of Dragun’s pink dreadlocks. Apparently, there was a lot of criticism over the controversy, with a bunch of people saying the wig was “not right” in her Instagram feed. Dragun, who has a tendency to be controversial, said she didn’t care. 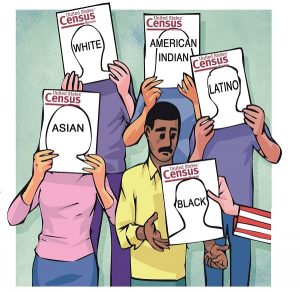 So, let me get this straight: a white woman (forgot to mention Brown is a white woman) is accusing a Mexican/Asian transgender of appropriating Black culture because of the pink dreadlocks he/she wore. To be fair, not only did Allure and The Daily Wire cover this but a quick search on Google showed five other news outlets covered this.

How frigging stupid! With all the issues in the world, is this really what we should be reporting on? But this actually shows a much bigger problem that alt-left social justice warriors are going to face. The use of identity politics, cultural appropriation and inter-sectional politics will always pit groups that hold the same basic political views against each other. This is an example. And this is why the democratic party has become so weak because they have become so tribal. It used to be political parties were just that: a group of people with the same political views on the direction of this country. Now, it’s about the African American group, the atheists, the LGBTQ, immigrants, homeless, women, incels, cat-lovers and any other niche group out there. If any of these groups does not agree with another group, that group will feign some sort of pseudo rage. It’s not only dumb, it’s counter productive. Why can’t we all just be American? 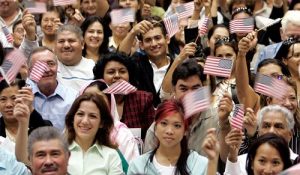 I think I will go more over identity politics and inter-sectional politics in a later post. I truly believe this is killing our country. It is also the reason Donald Trump won the presidency. He sees everyone as an American and could not care less about what sub group one belongs to.

2 comments on “The Faux Outrage is Killing Us!”