I am really falling behind. I have read two books, which I have not reviewed, and am finishing up on two more. I really think I need to catch up. so, here we go.

I read this book back in February called, “Blood Will Out” by Walter Kirn (picture above). It was written in 2014.I learned of the book while Kirn was being interviewed by Greg Gutfeld during his podcast, “The One.” It sounded interesting so I downloaded it.

The book is a memoir about Kirn’s friendship with Clarke Rockefeller, a man who claimed to be a member for the famed Rockefeller family. They met when he brought a handicap dog to Clarke. They quickly became friends.Through the turmoil that Kirn was experiencing, he disregarded some of the strange behavior of Clarke as just being eccentric. 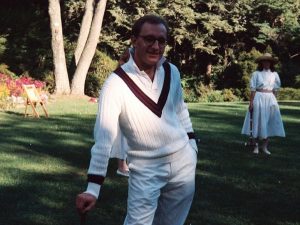 What Kirn did not consciously know was that Clarke Rockefeller was actually a German immigrant named Christian Karl Gerhartsreiter (pictured to the left) and he was a con man. He had gone from person to person, using different identities to get what he needed. Kirn was not the only one Gerhartsreiter had fooled. He was able to trick two wives and a girlfriend (all testified at his trial), joined the board at an exclusive country club using his Rockefeller name and was thought to have sold fake art to unsuspecting customers (though this was never really proven). 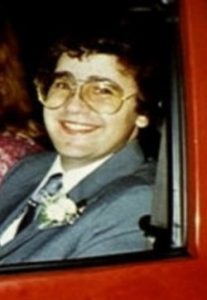 Do you know how I know a true crime story is good? I look it up to see the whole story and look up pictures to see what the criminal and victims look like. I did this with the story. I am a huge true crime guy but love the extreme stories (serial killers and other horrid crimes). This one was interesting because this guy was so brazen and manipulative. One word comes to mind with this guy: sociopath. He is that creepy.

The book was well written. It was a first person account and Kirn did sound like he was under a lot of stress (he pointed out he was under financial strains and going through a divorce). This might explain why such an intelligent person was duped so badly. Through his writing, you could feel that Kirn seethed with anger at Gerhartsreiter, especially when interviewing him in jail. He recognized that Gerhartsreiter was still playing him and wrote the book, not to make money it seemed, but for revenge since Gerhartsreiter never wanted him to write about their relationship.

The book is an easy read though the Sohus murder seemed to be a little light. This was understandable since it was their relationship and the betrayal Kirn felt when he found out Gerhartsreiter true identity. It is hard to imagine how he felt that he, too, could have been a victim of this monster. 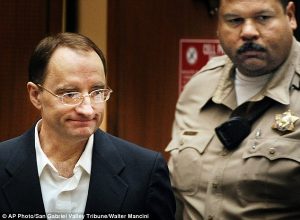 It was a great book and I would recommend it. I give it a 4 out of 5 stars.

4 comments on “Book Review: Blood Will Out”