So I am on Twitter and I see the following article from the Los Angeles Times:

What can I say? Only in California. Basically, the article is saying the rates of sexually transmitted diseases is on the rise in Los Angeles and the city cannot figure out how to curtail it. So educators came up with the following game:

“The teenagers, the girl explained, would pass a plastic, life-size penis around the circle. Whoever was holding it when the music stopped would have to unroll a condom onto it, completing each of the eight steps they had been taught a few minutes earlier.”

I mean, hey, with that type of in-your-face education, how can we still have an STD problem? The story goes on to point out the stigmas involving sex as part of the reason why sex needs to be taught outside the doctor’s office. In other words, teens will not go to their doctor for sex education because the doctors will tell them not to have sex. So, to relieve the stigma, Los Angeles decided to teach about sex in the classroom and have little conferences making sex comfortable for teens to talk about and learn. Guess what: it ain’t working.

The second half of the article discusses how the sudden spurt in the number of STDs appearing with minorities is very troubling. Why? Because it shows the “systemic racism” of our society. Apparently, we do not spend as much money on education programs in minority neighborhoods (actually, the article points out “low income” neighborhoods), people are getting STDs.

As I was reading this article, I just shook my head. What a load of crap. No wonder our society is so screwed up. Our immature teens (as they are suppose to be as teens) are being educated by morons who are being told what to do by morons. You want to fix the STD programs? Make sex a stigma. Teens are not suppose to be having sex. Instead of teaching them how to have sex, beat into them the consequences of having sex. Tell them the stats of single teenage mothers. Tell them that most teen parents have to quit school. Tell them that teen parents typically live in poverty, holding low paying jobs. Inform them that the children of teen parents face a hard, disadvantaged life. Show them the results of STDs. What they look like, what they feel like. That having an STD in itself is a stigma and should be avoided at all costs. 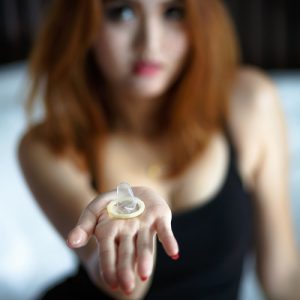 Today, it seems that any problem the affects a minority person is because of “systemic racism. This is just stupid. Racism did not tell the teens to have sex. Racism did not tell the couple not to use protection. Racism did not have sex with anyone and give him or her a sexually transmitted disease or get her pregnant. This is pure trash and does not deserve much more comment than that. Progressive politicians should have the courage to say that they want to spend more tax payer money on worthless programs (something that is becoming increasingly less popular in this state) instead of waving the “racism” flag to trick their constituents.

Not only what was in the article galling but what was left out was even more aggravating. What about teaching personal responsibility? When I was a kid, sex was on the minds of all of us, boy or girl. We went to parties and did the same things kids are doing today. And there was sex. Do you know why? Because we were all scared to death of…you guessed it…getting pregnant. Not to mention AIDS was just starting and we were all scared of that.I did go to a private school and we did have sex education. But we were not taught how to put a condom on or have anal sex to avoid pregnancy. We were told we were too young and there was an amazing amount of responsibility when having sex and all those were laid out in front of us. Were we smarter than kids today or is the education system failing to teach? That’s a rhetorical question, by the way. 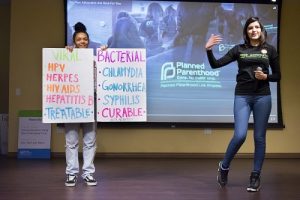 The other question I have is: who the hell said the government should fix this? In that 2000 word essay (I guessed at that), the word “family” was not mentioned once. Isn’t this an issue that the family should deal with. I do not believe this is a failing of the system but a failure of the institution of the family. I blame the government because the government seems to foster the disintegration of the nuclear and extended family. Feminism embraces single mothers (even though every study has shown a father is necessary for proper emotional and intellectual growth of a child). What is ironic is the family is what instills morals in a child (it did me and everyone I know). But the same group that cannot fix this problem are the same ones trying to disregard the family. Indirectly, the government is causing the problem they are trying to solve. 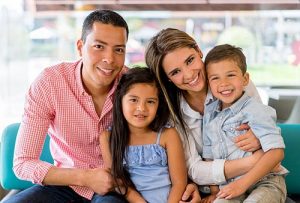 The other word that was not mentioned was church. When I said I was in a private school. I meant a Catholic school. There has been an assault on religion in the United States over the last decade hiding behind some phantom stipulation in the Bill of Rights. No where does it say that there is a freedom from religion but that, “Congress shall make no law respecting an establishment of religion, or prohibiting the free exercise thereof…” That’s it! Nothing more! And, I know, I am going to hear about that, “separation of church and state” bullshit. That’s not in the Bill of Rights!  Religion; whether it be Christian, Judaism or Muslim, are based on rules of behavior. Heck, Jews and Christians are are bound to the 10 commandments and the 7 deadly sins. Lust is a deadly sin. What does that mean? Don’t have sex just to have sex! I learned that. It worked! I was popular in high school and could have been laid every weekend but I didn’t. Because it is immoral. But that is the problem with this country. Law have overtaken morality. It is trying to make morality illegal. This is bad. And wrong. 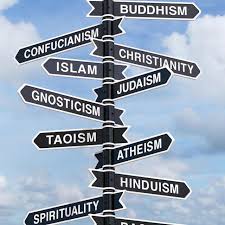 I am going to quote this statement because I am not sure where I heard it but, “the government sucks at everything.” And people know this. But people are beginning to accept it because they are getting things from it. Government is rewarding the mistakes of people (welfare, food stamps, etc). The government is offering indulgences for our indiscretions and sins (it is meant to sound religious but religion was the moral foundation for framers of the Constitution). When government, and eventually culture, excuses immoral behavior, things slowly fall apart.

I read the article three times before writing this. And I thought about the Los Angeles government’s solutions. I am pretty sure we are still going to have an STD problem five years from now.

4 comments on “How About Teaching Some Responsibility?”