I am going through the news and looking at all the posts on Twitter. There are some very interesting topics out there. Let’s take a quick look at some of those big news stories.

What an awesome news week, right? 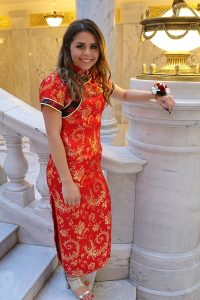 That’s when it hit me: There is so little happening in the world that all this crap is in the news. Things that are considered news worthy today would not even bat an eye tens years ago. We may not be heading to a civil or world war. Maybe Iran isn’t going to nuke Israel. Maybe Trump isn’t going to become emperor of the United States (though that is in the news too). When this is all we consider news and this stuff creates such controversy, we really cannot take life too serious (or is it, “too seriously”?).

Now, I know there are some issues in the world. There is a civil war in Syria, North Korea is trying to build a bomb, there is still terrorism and immigration into the United States is out of control. But Syria and North Korea are two countries that have always had problems, terrorism is way down since the defeat of ISIS and immigration has always been a problem we have managed to live with. Hey, when I was a kid, we had a gas shortage, hostages in Iran, a serious recession and an ongoing threat of nuclear war with the Soviet Union (by the way, immigration was a problem back then too).

I’m sorry. I can’t take the state of the world seriously (or is it “serious”) when we have a reality TV star as president, college students need a designated place to cry during the stresses of finals and a guy named Kanye is defining the state of black lives. The reality is Russia, Syria and North Korea are not that much a threat, no matter how many ads on Facebook they buy to swing our national elections.

One comment on “Is It Possible Things Aren’t That Bad?”