It was time to hit Amazon’s must read 100 list. It had been a while since I took the leap, but I just finished one that I was sure I was going to love. Guess what (foreshadowing), I loved it. The book, Unbroken, was written in 2010 by Laura Hillenbrand. This book was critically acclaimed and won a ton of awards. Eventually it was made into a feature film. I saw the movie and loved it. But one of my friends told me to read the book. It was much better. Since it was on Amazon’s 100 Books to Read Before You Die, I did.

The book is a non-fiction biography about Olympic runner and World War II hero and POW, Louis Zamperini. The book goes over his turbulent childhood. Facing jail, Louis discovers running and, almost overnight, becomes a renowned miler. Unable to qualify for the mile in the Olympics, he tries out for the 10,000 meters and is able to qualify as the youngest U.S. Olympian. He than joins the army after Japan bombs Pearl Harbor. He is a bombardier. After several close calls during combat missions, Zamperini’s plane crashes on a rescue mission. He and two other crew mates are stranded on a raft in the middle of the ocean for almost two months. During that time, they fight starvation, thirst, enemy fighter attacks and, worst of all, sharks. They finally make landfall just to be captured by the Japanese. There, he and his crew mate, spend almost two years as prisoners of war. There, they are tortured, starved and worked to the bone. Only the end of the war saved their lives.

But Louis struggle did not end because the war ended. When he got home, he struggled through a difficult marriage, alcoholism and post traumatic stress disorder. Only a familiar name helped him through his suffering. And led him to an enriched and much deserved life. 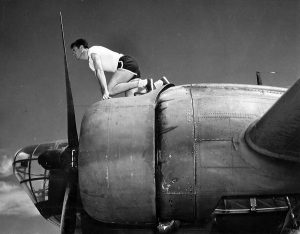 First off, my main criticism for this book is: Wow! The movie, in no way, could do this book justice. I was kept off balance throughout. I never realized how much of a jerk Zamperini was when he was a kid. He was kind of…well…an asshole. Him finding running was really not a surprise like it was in the movie. He was diverting energy. Then there was the Olympic thing (which was never really shown in the movie). He had no chance to win but he made such an impression, Hitler wanted to meet him (remember: this was before Hitler was deemed a dick). Of course, the movie never mentioned the trouble he got into with the Nazis (you need to read the book for that part. 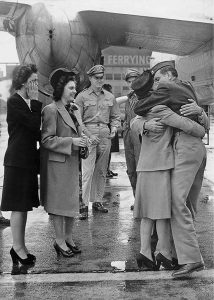 Get my point? READ THE BOOK!

The movie was great. But it left out a lot of information that was kind of important. One might think that this would make the book boring, but not so. The extra information is interesting and builds the story. Definitely an awesome book and a very easy read. Got this one read in five days. I am a casual reader. It is of moderate length (a little over 500 pages). But I think this is a must read is you like awesome stories. And it is better than the movie.