I know, I know. I do actually have three book reviews, a movie review and a political commentary on hold. I just do not have the focus to post something outside of this subject. I also really think this is helping me. I feel better and better. Yes, I have my moments and I am lucky enough to have a girlfriend who is really understanding. In fact, after a blowout last night, she just moved on and was completely normal. In fact, she sent me this little meme she saw because she thought of us when she saw it. It was very sweet and I love her very much. 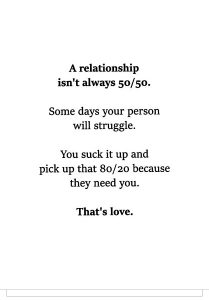 My last post involved all the technicalities of Joe’s funeral. Who did what and what happened. But it did not go into what was going on inside. That occurred an hour before the funeral.

We were driving to the funeral. I was nervous, sad and thinking. I wondered if there was a chance that someone would ask me to say a few words about Joe. I knew that Nikki and Jenna were going to do the eulogy but I had no idea if I was going to be expected to say something. The traffic was good and paying attention was not necessary, so I made up a speech. It was not going to be perfect, like it won’t be now. But here is what I was going to say:

Joe always kept us on our toes. We never knew what to expect. We were suppose to have a girl, but out came Joe. He broke the same arm twice on the same video game at Chuck E. Cheese. He went to the emergency room twice in one day. Once for taking a nose dive off the couch, the other for eating a light bulb from a nightlight (believe it or not, you don’t have to take a kid to the ER for that. There is actually a drug for light bulb glass).

He also was an excellent athlete. He was not a great basketball player but he thrived during games. Once, in a playoff game, he wanted to guard the biggest, fastest kid on the other team. I reluctantly told him to do it. That kid didn’t score again. In baseball, He embraced the position of catcher which no one else wanted to play and excelled. He did not take failure at the plate as failure, but as a learning experience. And he excelled. Unfortunately, he sucked at soccer.

But he was not perfect. He had his demons. And that is why he is not here today. But that does not mean we should not celebrate his life. I have not only learned how important and special that Joe was I appreciate the short time he was here. and I will always remember him.

His passing has taught me something. I must also appreciate what I have now. 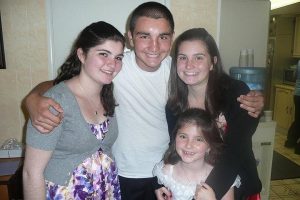 My eldest is a wonderful woman who had to suffer growing up n a home with two parents who did not know what to do with a teenage girl. She graduated college and is a teacher. She married her high school sweetheart and a wonderful man and given us a beautiful grandson, with one on the way. She survived.

My middle daughter had to suffer with being the middle child. She got caught between the extreme discipline of my eldest with dealing with her over active brother. But she ended up going to college and is on her way to getting her law degree. Combine that with being in a great relationship. She survived. 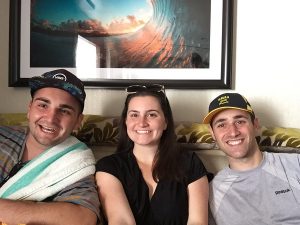 My youngest is another beautiful girl. She is a great athlete, like her brother, proficient at track and basketball. She excels at school. She had to deal with being coddled and babied throughout her life by an overprotective family. But she survived.

That is what is important. We survived. And we will survive this. Together. I want you all to remember, this is my promise to you: I will not let grief get in the way of remembering what I have at the cost of what was.

I love you all very much and I will always be there for you. 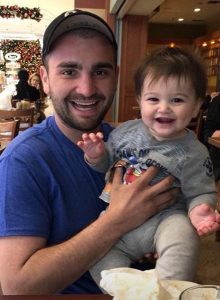 In a nutshell, he is gone but my other children and for that matter, all my other family, including my girlfriend and her children are still here here.I cannot let the memories of my son push out the memory that I have a lot left on this earth.

I swear my next blog will be about something else.

I still miss him.