This is suppose to be the moment of closure. The time when I have some sort of catharsis. I am supposed to just move on and everything will work itself out. 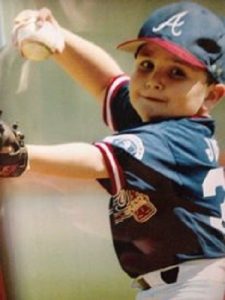 Yeah, well…things didn’t work out quite like that. They were worse and better.

First huge problem is that I didn’t want to go on Friday (you can include Saturday for the reception either). Because of that, I left late. I didn’t make it to the setup at the hall. Josie was pissed. She took eight hours of PTO to be at the setup. Needless to say, she was less than thrilled when we left late. We ended up bypassing the setup and went straight to my father’s house. 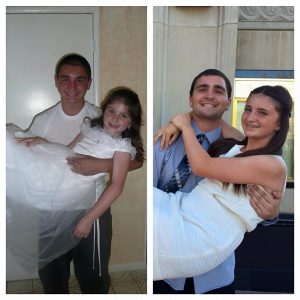 My mother (step mother), Joan, had knee replacement. She was in a lot of pain. You couldn’t tell. She was as accepting and understanding as always. Especially when I asked that Josie and I could stay there without any warning. I forgot to ask her.

The United States, France and the United Kingdom attacked Syria on that night. You can imagine, as politically interested as I and my father are, we were watching a lot of Fox News. I know this is going to be a shock, but Josie was ready for bed at 9:30. We did eat a great meal though.

I woke up a 6:10. I needed to press my suit. Now pressing a wool suit is easier said than done. It took me over an hour to get it done. Josie wanted to take a walk. I didn’t want to but she was a trooper. So, when I finished, I said we should go.

We walked for 40 minutes. It was great. Except that I lost track of time. It was ten minutes to eight and we needed to leave by 8:30. This is not an issue for me, I can get showered and dressed in twenty minutes. But Josie likes to get herself gorgeous so I sent her to the shower first. Made no difference…ugh!

We left at 8:45 AM. I was panicking. The service was at 10 AM. I wanted to be there early. God was on our side. There was no traffic and the day was beautiful. We got from Pasadena to St. Jude’s Chruch in Ventura with forty minutes to spare.

I had things to do, but I was numb. I knew this was it. The closure I needed but did not desire. There were so many people. I didn’t recognize most. Those I did brought me to tears. They really meant something. They brought back memories.

The mass was awesome. Nikki and Jenna did the eulogy. Dustin and Jenny did the readings. Michelle, Sarah, Quincie and I brought up the gifts. The programs were beautiful. There were pictures of Joe while playing football and a picture of him pitching. There were two urns (he was cremated) on a small table. One was a large gold urn and one was a dove. I found out later, the dove was for me. Michelle gave it to me at the reception along with a pendant that also held his ashes. I gave my dad and Joan the dove. I had the pendant. It seemed right. 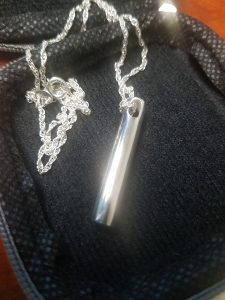 The reception was nice. I saw a lot of people I had not seen in a long time including my best friend from my last job. I had very little time to feel bad because there were so many people sending their condolences. A lot of the players from Joe’s football team were there and some were wearing their old jerseys. One wore Joe’s old jersey, probably a gift when the season ended. I saw his baseball and basketball coaches, many of whom I worked with (I coached Joe in basketball and baseball). It was nice.

We then saw a video with a lot of pictures of Joe and the family. I thought I might lose it but I did not until his last picture of him at graduation. At that point, I started tearing up.

The reception lasted for about two hours. People started leaving after a while. That is when Josie and I decided to say our goodbyes and head back home. I grabbed a a bunch of the displays. I took what I wanted. After all, I was the father (well, Josie informed me that I should take anything I wanted cause I am the father).

I spent the last few moments talking to RJ (my best friend from my last job) and then we left. The ride home was somber but I did learn something on Saturday. Something really important. In fact, it is so important that it might get me to the next level of this thing. 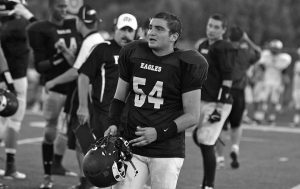 And that’s where I need to be. Right now, I just need to get to the next level. Once there, I’ll figure out what to do next.