Here is the shocking announcement of the day: the Middle East is a hot mess.

This week, the president (dictator) of Syria decided to use chemical weapons on the Syrian rebels (we think he did). Of course, he decided to bomb an area where tons of kids were located. With the onset of social media, there was a lot of video showing the tragedy. I am going to let you look at the video but be warned: it is disturbing

Right now, seventy people are confirmed dead but there will be more. This atrocity cannot go unchecked. But the big question is: should we go to war? This is a very complicated question. So let us look at the pros and cons of going to war to try to end the Syrian conflict.

I am far from a war monger but, sometimes, war is necessary. Overthrowing Bashar al-Assad should be a priority for any moral, peace-loving country. He is a brutal dictator who has used chemical weaponry on his own people before. When this is all over and he is finally out of power, we are going to find that he killed millions of his own people. This genocidal maniac needs to be replaced and the civil war will not end until he is gone.

The United States also needs to maintain a foothold in the Middle East. Unlike what a lot of the news media says, terrorism comes from the area and must be suppressed. Unfortunately, the best way to control terrorism is to bring the fight to them. Syria is smack in the middle of the terrorist hotbed and assisting in the Syrian civil war will give us the opportunity to strike at those who would wish to do us harm. Unfortunately, that is also a reason to stay out of Syria as you will see in the cons portion of this article. 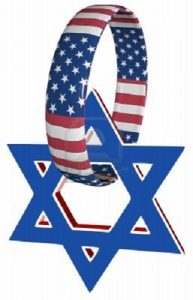 Israel is another major concern. They are hated by every country in the Middle East and we need to make sure they are protected. Assad is an ally of Iran (who wants to wipe Israel off the face of the map) and the last thing Israel needs is an Iranian puppet on their borders. In fact, Israel may be the reason war may be unavoidable in the Middle East.They worry about Iran more than anything and Iran is doing everything it can to cause chaos. Us joining the war may put Iran (and Russia, for that matter) on their heels a bit (Iran has their own issues). 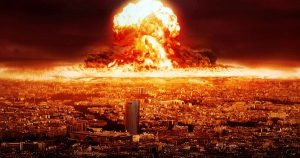 I think the biggest con for not going to war in Syria is the fact that this may lead to World War III. Russia, Iran, Saudi Arabia, Syria and Israel would all be involved right off the bat. Jordan, Turkey, Yemen and Egypt may get involved simply because of the proximity and political philosophies. I think it would only take a few months before all these countries, and probably a few from Europe, get involved. A war in the Middle East has a tremendous potential to escalate quickly.

The other question is how does it benefit the United States. We really do not have a dog in this fight. Israel and Saudi Arabia already give us a strong foothold in the region. Iran, who is our biggest terrorist threat, has a relatively weak economy (strong now thanks to that terrible nuclear deal) and have major social issues with their own people (most do not support the theocracy)  so they, too, could be looking at civil war in the next few years (just like Egypt and Libya). Essentially, the chaos is keeping things stable and there is no reason for this country to get involved in a bloody war (and it will be bloody). Would it not make more sense to stand on the sideline, protect our allies and let every other country go at it?

Finally, who exactly is the United States going to side with? The rebels are mostly made up of terrorist organizations such as ISIS and Hamas. Do we really want to support these people? And then what is going to happen when Assad is overthrown? Remember, we did this before. We supported the rebels in Afghanistan during the occupation by the Soviet Union. Who was the rebel leader we supported? Osama bin Laden! The reality is there is no viable options for replacing the existing government. And we have seen what can happen with no plan. Look at Iraq and Egypt. 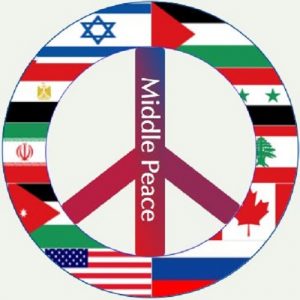 War in the Middle East is a way of life. There has always been war and there will always be war. That does not mean we, as a country, have to have anything to do with it. What happened in Syria is tragic and horrible. Worse, it did not need to happen. But I am not sure we need to jump in and join every conflict that occurs over there. And we definitely should not jump into one when we are not really sure what happened (no one know if Assad actually launched the attack) and we do not have any idea how it will end.

Before getting involved, we must be very sure. A lot of American lives are at stake.