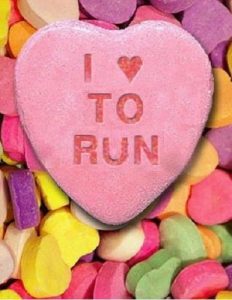 I am a runner. If you have read any of my previous blogs, you will know that. I have been since the age of 14. Running and I have a relationship, much like a husband and wife. At first, there is that lust stage (which is a very short period of time), then there is that love stage (which is longer but still kind of short) and finally there is that friendship stage (which is the longest type of relationship). Running and I are in that friendship stage. Most of the time, I am glad to throw on those shoes and go out for a run. At times, I am glad to just find an excuse to let running walk out the door and hang out with friends for a night, leaving me to be by myself. The problem is I can get bored and be happy to let running to out more often, feeling less guilty every time I neglect my best friend. 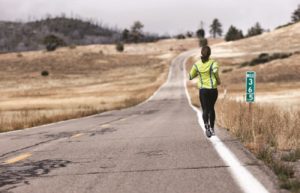 Like most who deal with a tough relationship, I seek advice, looking to bring some passion back. I do this through reading about running. I am reading a new book now called Run Lore. It is a series of short essays about running and the experience. This is not a book review (though the reader might be motivated to get the book) but a thought on one of the essays.

The essay was called “I’ve Been Everywhere,” based off off some song I have never heard of from 1962 (I am old but not quite that old). The witter talks about his running getting stale because he runs in the same places all the time. I get the impression (I am not a fan of that the writer was getting bored and was looking for new sights while running. He started running in different towns, then different cities and, finally, different countries. It brought new passion to his languishing friendship. 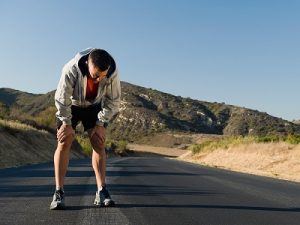 It made me look back at the excitement I had in the days past. The time I was stuck in Oregon on Interdependence Day and decided to run a half marathon in a city I did not know. I was bored, depressed and lonely. I thought it would make the time fly. I remembered running in Chicago in the middle of winter. The ground covered in frost an temperatures near 0 degrees. I remembered the time I went to the 1988 Winter Olympics in Calgary, Canada (where is was well below 0 degrees) and having to soak in a warm tub to get the feeling back in my feet after a run. I realized the passion running and I had. And I want it back. 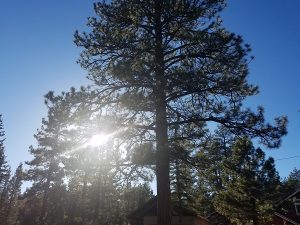 I am in Big Bear, California today with Josie and her kids. There are trails everywhere. I brought my running gear just in case I decided to hang out with my old friend. And, after I read this article in Run Lore, I decided to go run on one of the many trails here. It was painful (I am not used to the altitude) but refreshing and I felt that passion again. I did not know where I was and was not sure where I was going. I did not know how far I could go before I ran into an obstacle that would turn me back and did not know if I would get lost. It was an adventure. It was exciting. I am passionate again.

I am hoping to do a rather tough run before I leave. Hopefully with Josie at my side. She should be with me. I should spend special moments with my special someone. 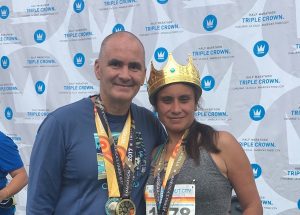