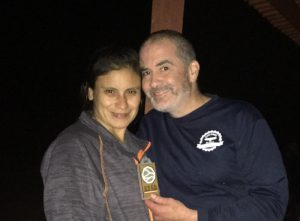 This is the last part of my race report. This part will be a lot shorter and will just go over the damage that occurred (blisters and so forth) and lessons learned. I use this simply to remind myself of what I need to do next time I race and what I need to practice when training. 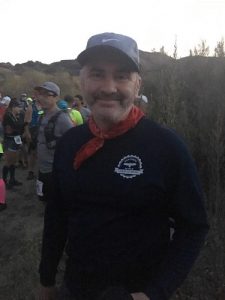 I was left relatively unscathed by this race. I did suffer from four blisters but only two caused me problems. The blisters were on my heals and were caused by dirt getting in my shoes (more on that in Lessons Learned). I had two blisters on my big toes but I never noticed them.

My toe nails were kept very short so I did not expect to have problems. My little toe on my right foot took a beating. I will probably lose it in a week or so. I had no pain from chaffing during the run but really felt it after the race. I could barely sit down and showering was brutal. My legs were in excellent shape. No soreness or even fatigue. I could have gone further. I will have no issue continuing my training for the Pirate’s Cove 24 hour in March (my birthday!). 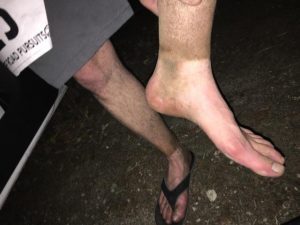 The biggest problem I had was not really an injury. It was my mind. I was negative and hopeless for the first 21 miles. I never thought I would finish the race and was just deciding which aid station I was going to quit. I voiced my misery every time someone asked me which is something I never do. What is worse is that negativity was there right from the beginning of the race and was worse than I have ever experienced. I just thank God (literally) that I was able to gut it out until the negativity dissipated at about mile 23 and never really came back. Josie was also a major factor for not quitting. I did not disappoint her.

First, I need to go minimal and carry the right equipment. I used a fanny pack to hold my water bottles and packed everything I thought I would need including body glide, band aids, diaper wipes, breakfast bars and my phone along with two 20 ounce water bottles. Way too much. The pack was bouncing and very uncomfortable (probably made for hiking not running). If is was not for the fact I had things I could not throw away, I would have gotten rid of the pack at the first aid station.

Second, I ran out of water twice. This really caused problems in the middle of the race since aid stations were five to six miles apart. Instead of carrying a water bottle, I will wear a hydration pack with at least two liters of water. 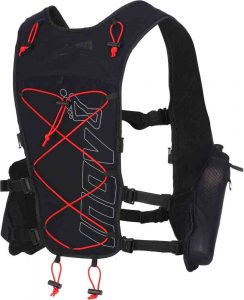 My blisters were not unavoidable. They were caused by dirt in my shoes. The blisters on my toes always happen but are rarely a problem. There are two ways to fix this problem. First, wear gaiters. Gaiters go over the top of my shoe and prevent dirt from entering the shoe. I am also going to try something called RunGoo which is a salve that moistens the foot and prevents the sock from rubbing against the foot, preventing friction. I was told about it by another runner and am curious to see if it works. 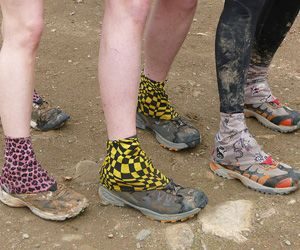 Finally, never give up and keep moving forward. My mind was messing with me for the first half of the race. I was in dead last at one point. But I kept going. I need to remember that things will get better. I will feel better. And it did happen. I have always known this but it is good to always remind myself of that.

It was not a great race as far as my time. In fact, I was two hours slower than I usually run a 50 mile. But I finished and I am proud of it. The greatest part of the race, though, was being greeted by Josie, Ivy and Geni. That was very nice. Oh, yeah. And coming home to this. 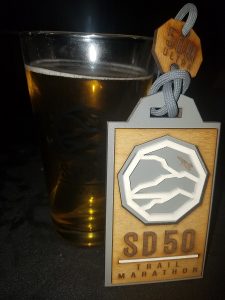 Pictures of gaiters and hydration pack courtesy of:
pinterst.com