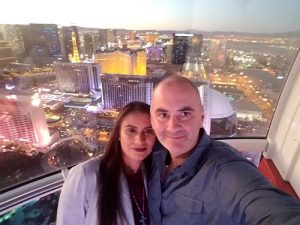 I know it has been a bit since I talked about Josie and my trip to Las Vegas, but I had other things going on and I decided to publish that stuff first. Anyway, a trip like that is always relevant, no matter how long I wait to write about it.

As I left off, we passed out when we got home from the gentleman’s club. When we woke up, we did not feel like doing much else. We had tickets to the High Roller, but we could go at anytime so we were not in a hurry. We wanted to go to the pool, but we took a nap instead. We wanted to go to the casino, but we took a nap instead. By the time we woke up, it was time to get on the High Roller.

But first, we needed to get there. We parked and walked through the Linq casino. It was very nice. But we were lost. After asking about twenty people how to get to the ride, we finally found the promenade that led to the ride. Wow, it was nice. The High Roller towered over the promenade. It was darker and it was lit up. It looked awesome.

Because it was Halloween time, the promenade was lined with life-size monsters. They were very well done. I was shocked when I saw my favorite monster: Krampus. It was an awesome statue. So awesome, you can foreshadow that I am going to write a blog entry about him. His legend had a major impact on me when I was growing up. Stay tuned! 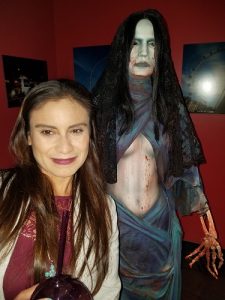 We got to the High Roller and, as you always do in Las Vegas, we bought drinks. I had a beer and Josie had this Pina Colada-like thing. I have not idea what it was but it was $12, really small and really good. But we were geared up to get on this thing. Understand something: I have a fear of heights. Well, not really a fear, but I don’t like it. We hopped on and, to my surprise, we got the car to ourselves. It was awesome. Big, solid and comfortable. I actually believe that that thing could disconnect and fall and we might be able to survive (that’s the paranoid in me). 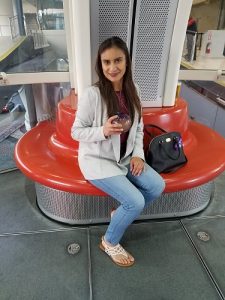 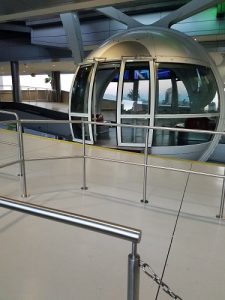 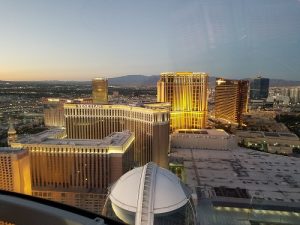 It was a wonderful ride. I even looked down a few times. The city is beautiful. I won’t waste words, just look at the pictures. Josie was beautiful too. And thought my terror of heights was hysterical. 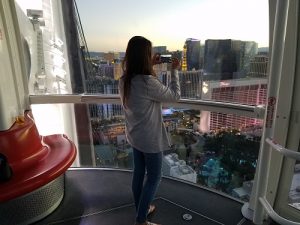 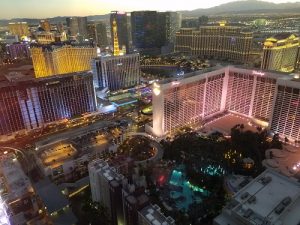 After we were finished, we decided to simplify. No dinner, no walking. Just go back to the hotel and walk the casino. I won’t lie, I was pretty drunk. Well, we both were. When we got to the hotel, I walked by the sports book and saw that the Dodgers were playing the Cubs in the NLCS. The game was tied with a score of 2-2 in extra innings and Justin Turner was up. The second pitch I saw, he hit and I yelled. Dodgers won 3-2 and took a 3-1 series lead. They lost the World Series but That will be one of three Dodger moments I will never forget.

We were in our room, drinking obviously, and Josie comes up with an idea. Let’s play bingo. I don’t know where she cam up with that but I was fine with it. Bingo is cheap, it takes a long time and it is a very social game. I did not think there would be any bingo available because of the time of day. I was wrong. Apparently, our casino thought they could make a ton of money by running bingo 24 hours a day. So we hit the bingo parlor.

The first hour was…well…bad. We had no idea what to do. Apparently, it is completely automated. I could buy a computer, fall asleep, let the computer beep a couple of times and then win. Well, I’m old school. We rented bingo markers and did it all old school. And…we lost. Badly. 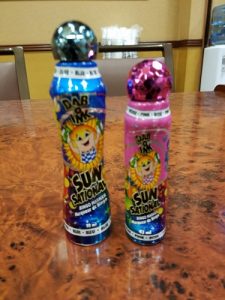 Josie decided she wanted to join up with the next session. I was good (and drunk) and thought this was a good thing. We bought a new set of bingo cards and I bought us professional bingo marker (we still would not but the computers). We stamped and stamped and stamped. Yeah, well, we still lost. But we got a bitchen pair of bingo pens.We gave up and went to bed though we struggled to resist playing a third round.

Overall, it was a great day.