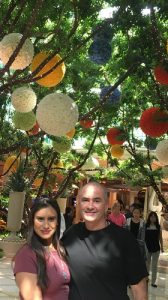 A knock came to our door at 9:30 AM. This was bad. I walked to the door and looked through the peep hole to see the maid service (what hotel has the maids clean rooms at (9:30??). That was really bad. I was naked and I knew that she had a skeleton key. That was worse. I was so tired and hungover I could barely speak. Worse meet worst. When she opened the door, I slammed it closed. Though we avoided giving a maid a stroke, we were wide awake. The day needed to start. We took showers, got dressed, had some wine and headed to the car.

We decided to drive to Circus Circus and walk the strip. It had been a decade since Josie had been to the strip and she had a baby to take care of at the time. You can imagine that she did not get to see much. I did not realize how little until we walked into the casino. Josie was in awe. She grabbed my arm and came close to me, mouth opened. She looked intimidated. Who could blame her? The only casino-experience she had was the Indian casinos in San Diego. This place dwarfed that. 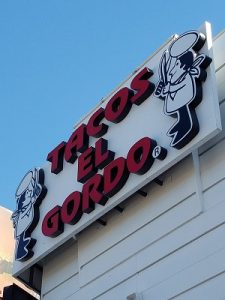 We started on the strip. We got a block away before Josie found where we were going to eat. Surprise, surprise! She found the only Mexican restaurant in Las Vegas: Tacos Gordos or Gordos Tacos, something like that. Something in Spanish. We ordered, you guessed it, tacos. They were good but not great. Definitely not worth waiting in the line. 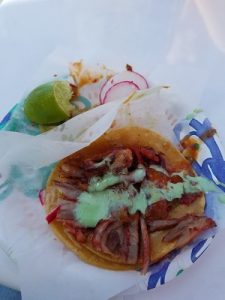 When finished, we cruised the strip. The first casino were the Wynn casinos. I said that we needed to go in since these were the high end casinos. Now, it had been a long time since I had been in Vegas (five years) and I was impressed. This place was awesome. We took pictures of everything. Just beautiful. 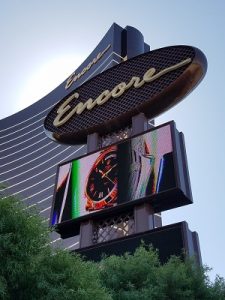 We passed the other casinos. The Palazzo, the Venetian, Harrah’s, Paris. It was time to be tourists. We bought a high alcoholic drink in one of those gaudy plastic cups. Josie got a pina colada. I got a margarita (with an extra shot, big mistake).

Now, we were walking the strip for an actual reason. I had bought a package that allowed us VIP entrance to some of the best places of the strip. This included night clubs, pool parties and strip clubs. We needed to get the tickets. What we did not know was these were on the other side of the strip. After a treasure hunt, we found the place to pick up the tickets and they were awesome. The tickets allowed us anywhere and they never expired. We would not have to worry about hitting all these clubs at once (thank God, we only hit one). We were thrilled. They came in a nice case so they would not get damaged.

Now it was time for the trek back. And we were tired. According to me pedometer, we walked twelve miles. We drove back to the hotel, wondering where we were going to go that night. We decided to kill two birds with one stone. There is a strip club called Treasures that is also a steak house. I thought it would be a good idea to have our special meal and kill off a strip club. Josie (being the sexually enlightened partner that I loved) thought it was a great idea. But there was a problem: we needed to either drive to the club or be picked up by their limo. If we too a taxi, we would be charge an entry fee. After a lot of debate and thought, we decided to have the strip club pick us up in a limo.

I thought, when I read that a limo was coming for us, I thought we would be picked up by a town car or something. Not really a limo. Well, surprise, surprise. We were picked up by a white stretch Hummer. And we were the only ones in the car. It was awesome, a real surprise. When we got to the club (I will call it a gentleman’s club now) we were escorted inside and were sat at a table in front of the stage. I told the guy we wanted dinner first. He looked really surprised. Actually, he said, “Really?!” (exclamation added). He took us to the restaurant and handed me a card saying he would take care of me the next time we came. Apparently, not many people eat there.

I had a ribeye and Josie had a fillet mignon. Both extremely rare (mine was actually walked out to me at the end of a rope). They were huge and expensive. And very good. We both ate only half. At this time, I noticed that Josie was a little quiet. I asked her if everything was alright (I kind of assumed I looked a little too hard at one of the “entertainers”). She said everything was fine but she suddenly got really tired. I should not have been surprised, we did quite a bit.  I paid for dinner and we watched the entertainment for a bit, but I decided it was time to go. This is not to disparage the Treasures gentleman’s club. But we were tired and still had two days left.

We took an Uber back to the hotel. That was the biggest risk of the day (he almost backed into a wall). I do not remember much. I actually fell asleep while Josie was in the shower.