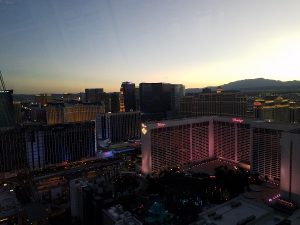 Several months ago, Josie and I decided to celebrate our anniversary in Las Vegas. We started planning the trip in January. The time finally came. It is Friday the 13th and thing are turning out that way. The plan was to get the rental car, buy lots of booze and be on the road by 11 AM. Well, that did not quite turn out.

The rental car turned out to be a nightmare. Our first stop was to Hertz. But they needed a credit card. Josie and I do not use credit cards. Strike 1! The second place wanted a pay stub. We were close to work so we printed one. But the address on the pay stub was for an old address and we needed to get a card in the area. Strike 2! We were told we could go to the city on our ID but we would not be able to get a car until 4 PM. Strike 3, we’re out!

We decided to drive our car. The travel time was set to be four and a half hours. But first, we needed to get any oil change. This did not sit well with Josie. I could see her seething. Well,  we got it done,  had lunch and bought booze. There was no way we were going to pay those astronomical prices in Vegas. 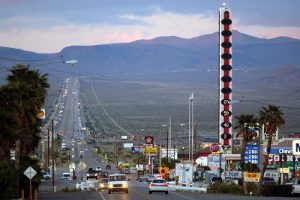 Finally,  we got the road. And we were cruising…until we hit traffic. And a lot of traffic. Our trip would be extended for an hour. But things started looking up when we got to Baker (yes, the home of the largest thermometer). Nevada was in site. And so was Las Vegas. Our moods started to brighten. We were practically ecstatic when we saw

We got to Vegas and saw the strip. I was excited. I am not sure why. I had been there before. But it had been a really long time. I took pictures and we were not even off the freeway yet. I could not wait to get to our hotel. We passed the strip and kept going. Then we headed east. Then further east. I was getting the impression that this hotel that was suppose to be only minutes from the strip was probably a lot further that we thought. I felt the acids burning in my stomach. 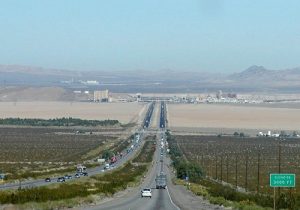 We ended up about fifteen minutes from the strip. Way to far to walk. I saw a lot of Uber rides in our future. I wish I was a lawyer so I could sue for false advertising without having to be charged by a lawyer. But we ended up pleasantly surprised. The room was nice and was clean. Josie was happy. So I was happy.

We already decided to stay at the hotel’s casino because we knew we would be tired. We brought our own liquor to save money. So we were drinking immediately and for a lot cheaper than anything we would get in the casino. We took showers, got dressed and headed t the casino. It was eight o’clock. 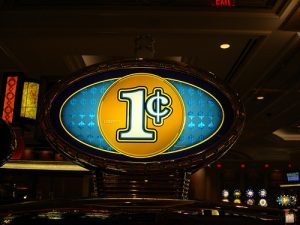 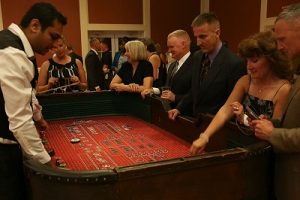 Craps has always been my game. I do the minimum, win a little and play for a really long time. I like it because, if played right, I win. I bet the minimum “on the line” and, when feeling cocky, double it “behind the line”. I played for two hours. I put in $100 but only needed $20. I won $30. Got into an argument with a guy there. He was a regular, probably a degenerate (he bet a lot). But he could not throw the dice for crap (pun intended). I was sitting at the end because there was no room. He told be I could block the dice with my body and, if they landed on the table, the roll would count. I looked at him, shook my head and moved over. I told him I was not going to lose an eye because he could not throw dice (the liquid courage was taking hold). He shook his head and left. 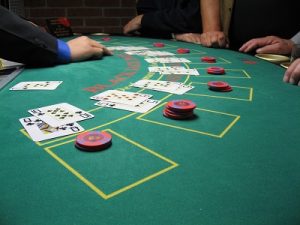 Josie came over and tried a couple of rolls. She did not get it but liked the table game. She wanted to play Black Jack. I gave her my winnings and sent her to a $5 table. The table was empty, which means the dealer was bored. She decided to help Josie. And Josie had a ball (though she had been feeling pretty good with the same liquid courage I was using).

Now, if I joined the table, no one would come. But sit a hot Mexican chick on a Black Jack table…well…she was honey to flies. I went upstairs to get more beer and came back to three people hitting on her. She was having a blast. The table lost two people when they found out I was her boyfriend. Overall, she played for four hours and lost $15. Not bad.

It was 3 AM and we were done. We went to bed. But we would not be asleep for long.