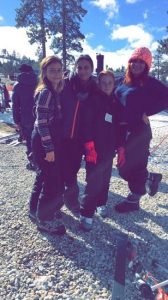 On the second day of our Big Bear trip, we were faced with the age old question we have all been faced with at one time or another: Should we go skiing or snow boarding? We were struggling with this question for weeks. We had skied before and knew how to do it. But snowboarding looked fun and we thought it might be fun to try it. We pondered this all the way to the rental place. When we got there, we decided to ask the rental guy what his thought on the matter was. He was rather straight forward. He said if we did not want to fall all day, we should ski.

That was the push we needed. We started to rent skis. This was another adventure. Have you ever tried getting ski rentals for five girls? Oh my God! First, the sizes took an hour. Than we had to worry about the color of the boots (yes, THE COLOR). Finally, we needed to teach them how to put the boots on and how to put the skis on. Combine that with none of the girls was very athletic and could barely walk with regular shoes, much less, ski boots. 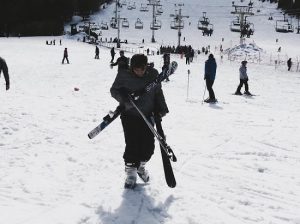 Josie and I decided not to ski. We were a little tired and would rather just watch the girls. When we got to the mountain (Snow Summit), the real work started. First, getting all the clothing on. That included jackets, gloves, scarves, snow pants and hats. Next, get the ski boots on. Though they watched us put them on, none of them remembered how to get them on. So Josie and I put them on for the five girls. Next we had to get to the bunny slope. Though it was only about fifty yards away, you would have thought we were trudging through the Gobi Desert. The girls began complaining and they did not even begin the work of falling a lot. 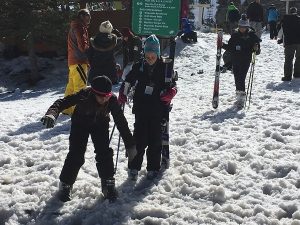 First, to face their fears: the snow lift. For some reason the girls believed that they would be last hundreds of feet into the air with nothing to hold them in. Instead, they were about five feet off the ground and a lap post held them in. Then, they feared how they were going to get off the ski. Would they be pushed off, fall and then get run over by the out of control basket? Nope. The attendant helped them off and held the chair steady until they were clear of it. Finally, skiing itself. Would they be going down a K2-like mountain, reaching speeds of seventy miles an hour only crash in a violent snow ball, tearing limbs with bones protruding through skin. 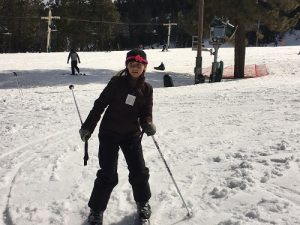 Well, none of that happened. When they first got down the hill, they said it was not bad at all. I asked them what they expected of a course called the bunny hill? After the first two runs, the girls skied like Lindsey Vonn. Except Josie’s oldest. She did not ski as much as she rolled down hill. Her first two runs took about three and a half hours. I finally ran up the hill and held her hand as she skied down. Now you could imagine with the altitude, the fact I am in boots and in very think snow (it snowed all the prior week) I was a tad winded (even though I am in pretty good shape). The next run, she was going to have to do it herself. And she did. And she had fun. 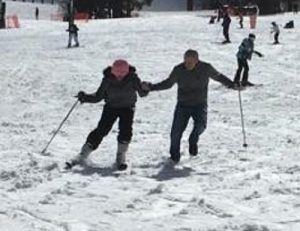 The girls skied for three hours before they had enough. When we arrived back at the cabin, our fun turned to sadness: Josie’s grandmother had fallen severely ill. We needed to get back home and fast. We were to leave the next morning, not wanting to drive down the mountain at night. 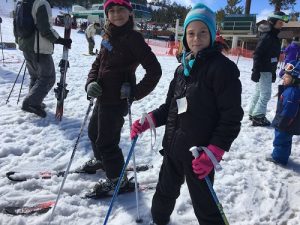 As I was sitting on the couch, enjoying the fire I built and a beer, Josie asked me if I was disappointed that we had to cut out trip short by a day. I looked at her, a little smile on my face, and told her that it was the best time that I had had in a very long time. 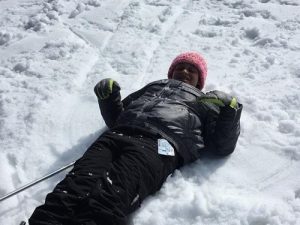 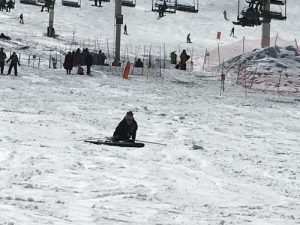 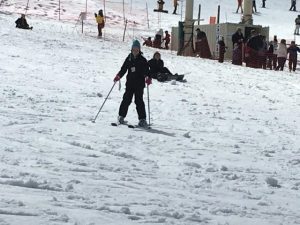