February is a big month. First, Valentine’s Day, now a trip to Big Bear in the Angeles Forest, California. Now, this is a big deal for me. Josie and I have been together for a year and a half and I have yet to go anywhere with her family. We made plans and, surprise, she wanted me to go. She even referred to it as “our” family vacation, implying that I was part of the family.

For me, this is a big deal and I needed to do anything I could do make this the best vacation I could. No matter who would try to ruin it. And try to ruin it, circumstance did. We rented a cabin. It was beautiful with three rooms and two bathrooms. And it was a great price. But, four days before we were to leave, the owner suddenly informed us that he was putting us in a different cabin…with one less bathroom. Ugh! I was going on a trip with four women (it turned out to be six before we were finished) and I already know bathroom space is going to be at a premium. But I would not let this ruin our vacation. I have run a hundred miles and survived a hike up Mt. Whitney with no training. I can adapt to one bathroom. Josie, who was mad as hell, became irritated with me because I was NOT angry.

It was the day we were going up to Big Bear. The morning was simple: we get the rental car then get food to cook. We were going to save money and not eat out (being thirty-two degrees every night seemed to encourage us to stay at the cabin). 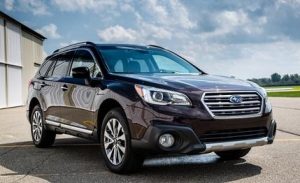 First, the car. We got a great deal. We spent two hundred dollars less than we thought. It was a Subaru station wagon. It was a lot smaller than we thought. I could see Josie’s mind churning. This could result in danger for me. So I decided to be positive. The car was nice and a little small, but I knew we could make it work. We were going to have to. There was no way another, larger car was available. 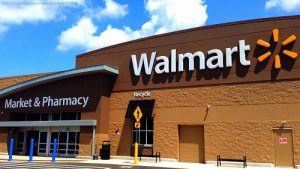 Next, shopping. The trip did not cost us much because we had been planning it for months and the money for payments was distributed throughout those months. We knew that everything up there was going to be very expensive so we decided that we were not going to waste money on going out every day for breakfast, lunch and dinner. This was going to be extra work for Josie was going to need to cook every day (that’s her fault, she does not like my cooking even though I know my cooking is phenomenal). So off to Walmart we went to pick up as much as we would need. Josie’s daughters came in with us. Before I knew it, the shopping cart was full. Also, a tinge of panic began to grip my soul. How much was this going to be and where in the hell were we going to put it?

God bless Walmart! It only cost $170 and we had a ton. And, though I was being positive about the car’s size a few minutes before, I was not so sure anymore. We packed that car, utilizing every square inch. It did not help that we had bunch of blankets and half of Josie’s clothes were in oddly shaped trash bags (she was proud that she finished packing for herself and three kids in only an hour. Guess who will be doing the packing from this day forward). But we got everything in the car and off we went. 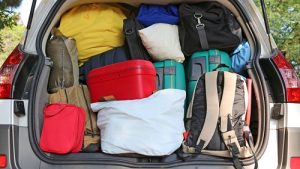 The girls fell asleep. Josie and I had some quality talk time. And we can talk. We talked about things from family to politics. That is, until we got to the base of Angeles National Forest. That is where I saw the sign I dreaded: Possession of chains required. Though I helped plan the trip, the one responsibility I had was to make sure we had chains in case it snowed. I kept up with the road reports and chains were not required. But those words: Possession of Chains Required kept pounding in my head. What if we were stopped by the highway patrol, inspecting for chains? What if a sudden snow storm struck and we did not have chains? Would my manhood be questioned? Could I single-handedly ruin this trip. 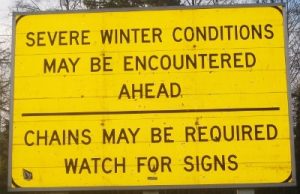 Stay tuned for part two of day one.