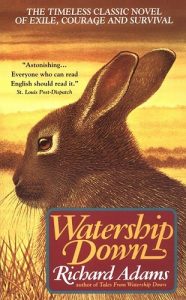 I was in the fourth grade when I read Richard Adam’s book “Watership Down”. This book was a turning point in my life. It was the first book I read that was over four hundred pages and it was going to be a stretch for me. But I knew I would get through it. I had problems reading when I was in second grade (actually, I was just lazy and did not read. I could read fine), so my mother made be sit in the living room every night and read out loud for one hour a night. Though I was never thrilled about having to do this (try getting kids today to do this), I really learned to read well and thanked the exercise for the avid reader I am today.

So why am I doing a book review of a book that I read thirty years ago?

This has been a rough week for the entertainment industry. Alan Thicke, George Michaels and Carrie Fisher all died this week. All were young and their deaths were unexpected. But, while reading Twitter, I read that Richard Adams died. I was shocked (though not surprised, he was 96) about his passing and how little was said about it. He had a lot to do with my growth as a reader and it seemed slightly sad that he could pass away, hardly noticed. That is why I write this review. Hopefully, someone might read this and read the book, keeping his memory alive. 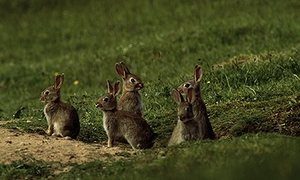 Watership Down is a novel that was published in England in 1972. It won several awards including the Carnegie Medal and the Guardian Prize. The book was the basis for the “Watership Down” movie and television series.

The book is about the adventures of a group of wild rabbits who live in a warren (a rabbit colony) in England. Fiver, the runt of his litter, has the power to see into the future. He has a dream about the destruction of the warren. He tells his brother, Hazel (another unremarkable rabbit). Together, Hazel and Fiver alert the chief about the eventual demise of the warren. The chief ignores them and the two decide to run away. Joined by a few other rabbits, their adventure begins to find a new home (you should read the book to find out what happens).

When I bought this book, I really thought it was going to be a children’s book. When I saw the length and read the prologue, I knew my initial impressions were not correct. The book is deep and thought provoking. Though I was a little young to really apply any critical thinking, there was a lot of symbolism. Though the language, at times, could be a little long-winded to the point you forget what Adams is trying to say, for the most part it is easy reading. It is not a children’s book. There is death and violence and a imaginative mind can conjure some very graphic and frightening images. In other words, don’t use this book for the bedtime story of a five-year-old.

It is an excellent, page-turner that should keep the interest of any middle or high school age reader and a thought provoking book for adults. I rate it 5 of 5 stars. 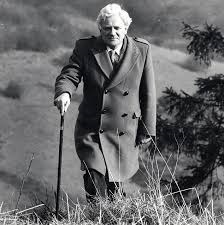 And one final word on Richard Adams: Rest in Peace.