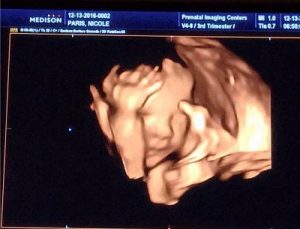 I am having a baby!

Well, I’m not having a baby, my daughter is. But that seems to be the problem. I am going a tad insane. I am getting very excited and doing things that I did not do for my kids (I hope they aren’t reading this. I don’t need anymore “daddy issues”). My daughter, Nikki and Josh (my daughter and son-in-law), do not see any of the things I am doing (well, most of the things that I am doing). That is probably for the best. But I will tell you what we (I think Josie is as excited as I am) are doing. 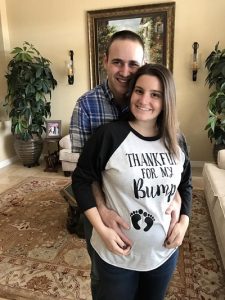 He Has a Name

That’s right! I named him. I have changed the name a couple of times. First name was going to be Allister. But that was more of a joke name. But I actually thought about giving him a name anyway. I just think it is wrong to call him “the baby”. It is impersonal and could cause a loss of identity. And we do not want a child to have an identity crisis so young. 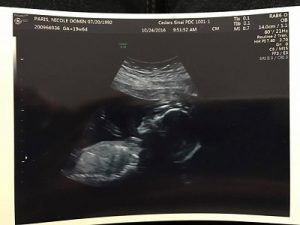 But Allister (I was just going to call him Al) is not a great name. I just kept thinking of Allister Crowley from Ozzy Osbourne’s song “Mr. Crowley”. Though having a built in theme song would be cool, being named after a satanist probably is not the greatest. We have a Joe already, so that was out. And I have always liked the name Beverly, but it is not a girl. I like Phil, but I know a Phil and he is a weasel. I finally landed on the name Max. My first dog was named parrot was named Max and I loved that bird (little bastard flew away).

I just found out that they actually have already named him. Ugh, what a waste of synapses thinking about something I did not need to think about.

Diapers are going to be a thorn on my daughter’s already stretched budget. So Josie and I decided to start sending diapers to them now. One pack of diapers every paycheck. A pack comes with thirty-six diapers (I think, I should look). I figure by the time the baby is born they will have about nine packs of diapers.

You’d think buying diapers would be easy. You’d be wrong. There needs to be a strategy. See, the baby is not going to be too small for very long. That means that you cannot just buy the infant size diapers. One or two packs might be enough. And then you have to think about how fast this kid is going to grow. he is already big. Josh is big. I assume Max is going to grow quickly.

Now, I have been doing this for a couple of months and I just realized that I bought four packs of size one diapers. That is 512 size one diapers (Oops). So they have no infant diapers and enough size one diapers for two more kids. Ugh! Next two packs will be size two. 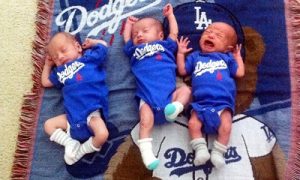 We are Dodger fans, Packers fans, LA Kings fans and UCLA Bruins fans. Combine that with the fact that this is going to be a boy and you can imagine the wardrobe this kid is going to have.

Josie and I have already found clothing, including shoes. In fact, we have spent a lot of lunches and date nights browsing through clothing. Luckily, most of it is very affordable.

I did not know what I would feel when i learned that I was going to be a grandfather. Surprisingly, I did not feel thd sense of dread about the possibility of growing old. I realized that I was getting old and I am OK with it. I am so excited about seeing my daughter get bigger, waiting in the waiting room for her to give birth and holding my grandson, only to be able to give him to his parents when he fills his diaper. I am so excited for the future.