I have a daily process. I wake up, go to work, take a half hour lunch, listen to Ben Shapiro’s podcast on the way home and then turn on the Tucker Carlson show on Fox News. I was very wary of Tucker Carlson at first. I replaced my favorite show, Bill O’Reilly. But I gave him a chance, and, with a lot of cheer leading from my friend, got to like the show. I liked the people he brings on, his intelligent arguments and the really strange looks he gives his guests when the are talking nonsense. It is a show that I now watch religiously.

So, last week, I got my monthly Audible credit and, almost prophetically, Tucker’s new book came out the same day. I did not know there was going to be an Audible version. You can imagine my joy when I saw there was one. I bought it and never looked back. The book is called Ship of Fools: How a Selfish Ruling Class is Bringing America to the Brink of Revolution. It was published in 2018, last month, and has hit number one on the New York Times Best Sellers List.

The book goes over how the upper class elites are slowly trying to destroy the middle class in order to gain more power and wealth. Their goal, in the end, is to destroy capitalism and democracy. The reason? Because in an economy and political system that encourages the opportunity for all, that means competition for those that already rule. And that can’t happen. Carlson goes over all the typical political talking points including technology and social media, the environment, political correctness and identity politics, the media bias, the mob mentality, the loss of free speech and our colleges and, of course, the politics of the Left. 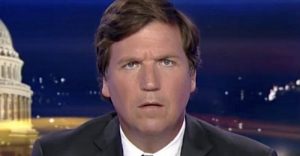 But, unlike other writers such as Ann Coulter, he gives some background as to how we got here. And, guess what? A lot of this crap started well before Trump became President. In fact, the same crap that the Left is accusing Trump of is the same crap they have accused Reagan, the first Bush, the second Bush Romney, McCain and any candidate, representative or senator that have conservative leanings. But Carlson also goes through where this is going to go. He believes that an unhappy population is dangerous. Having freedoms in this country will create a population that will resist losing their freedoms. And that population will fight to prevent losing those feelings. And that population owns three out of every four guns. Guess who is going to win this revolutionary (well, it’ll be a civil war) war.

This is a thought provoking book. I have always believed that the reason for identity politics and tribalism is simply to create smaller groups of people who do not want anything to do with people outside their own tribes (tribes being defined as race, gender, etc.). I also always knew that those that are protesting the loudest, like those in today’s colleges or those protesting in the Women’s March, are also upper middle to upper class. They are not fighting for the middle and lower class but are fighting to keep their own status. And how do we know that? All the hypocrisy. The environmentalists flying private, the warriors for the poor using tax loopholes to avoid paying taxes, the social justice warriors screaming down people so they don’t let opposing views speak. Carlson ties this all up into a very easy to read, easy to understand book. This book I a summation of what life in this country is today. A world of identity, class and inter-sectional politics. And that is scary.

This book is a must read, especially now. Twenty years from now, we may look at this book and say, “What the hell were wrong with these guys?” But, then again, I’m afraid we will say, “Why didn’t we listen to this guy?” Of course, that is if we are allowed to read the book at all.