It has been a long time since I have done a book review and now it the time. Well, I better make it the time. I have not done one in a really long time and I have read several books, so I’m thinking I’m going to have to make some time in order to catch up. I also think a book review is the best way to to get back into writing without pissing people off. Apparently, more people than I thought read this and I ended up deleting a post yesterday (more on that later and I will never do again). 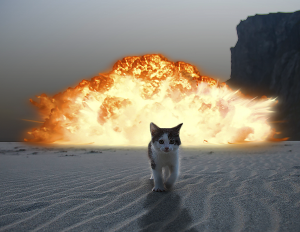 I had a couple of options to choose from. I read a few books since the last book review. One book was expectantly good and the other…well…not so much. I thought I would do the good one first. When choosing this book, I wanted something kind of fun. No politics or and seriousness. Something that would be funny. So I chose a book that was highly recommended and had a funny title: “The Subtle Art of Not Giving a F**k” (the cover doesn’t use the asterisks). I thought this book would be perfect to counter the don’t-kill-yourself books I’ve been reading over the past few months. Well…oops.

The book, “The Subtle Art of Not Giving a Fuck” was written by Mark Manson. It wad published in 2016 and has sold 2 million copies. Manson runs a very popular blog and is known for using rather colorful language. I was using that same colorful language when I found out that this was not a comedy but a self-help book. Ugh! I had already spent the ten bucks on it so I figured I would just struggle through it. It turned out that it wasn’t so bad and it was funny.

The book discusses societies’ wasted energy on caring about things we cannot control or just shouldn’t really care about. Right off the bat, the title will lead one to think we are not suppose to care about anything. This is not the case. We just need to pick and choose what to care about. So, how do we do that? Care about what we can control, not what is in the hands of someone else. Take responsibility for ourselves whether the situation we are in is our “fault” or not. Know that you are not special and figure out what you niche in life is. 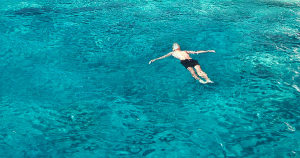 In a nutshell, this book has everything I already believe in. Personal responsibility and not wait for someone else to bail you out of a situation. Manson also takes time to discuss the purpose of “problems” and why they are, not only part of life, but are necessary in order to have a successful and happy life. That we must face our problems and deal with them. Our problem are not just challenges that we need to face but they make us the people we become. And we will be happier when we have overcome them.

Though this was not the book I thought it was, I did find it relevant for my life at the moment and I did get some things out of it. A lot of the concepts were not foreign to me but it reminded me of what I should and should not worry about. Right now, I am having issues with a family member. Just mad at me for things that, I feel, I had to do. I am not doing anything wrong, though I did for a while. But I have gotten back on track. But that has not calmed the storm. Should I worry about it? No because I have no control. I have to let things go, do what I feel I have to do and just hope for the best. When I try to change things that are out of my control is when I get stressed out, angry and frustrated. That will just lead me to an early grave. 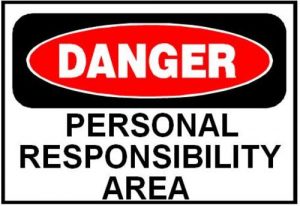 The book was well written and easy to read. The metaphors Manson uses are quite funny and effective. I loved the organization of the book. It starts with the way the typical person is (from the view of the millennial generation), then goes over the follies of that generation. In the second section, it goes over more important matters such as careers, trust and relationships. The final, and most powerful chapter, goes into the life changing event of dealing with an unexpected death. This chapter basically summed up everything from another book I read while dealing with Joe’s death.

It is a great book and I will probably read it again when I get a little lost in the future. It also raised my interest in reading some of Manson’s work on his blog. I would be careful listening to the audio version in your car while the kids are around. Manson is a self described “potty mouth” and the language is a little strong. But it is worth the read and quite entertaining. I rate it 4 out of 5 stars. The only reason I did not give it 5 stars, not that it is the fault of the author, is that I was hoping it was a comedy.

One comment on “Book Review: The Subtle Art of Not Giving a F**K”