I got into a couple of Twitter-fights last week. One over gun control and the other over the new tax plan that Trump implemented. Now, I usually do not do this because I have actual friends on Twitter and do not want to alienate anyone. But these two hot topics got me. And it was not the people who posted the Tweets. It was the replies to my comments. Of course, we went back and forth (of course, my logical and reasonable responses won the debates). But it was not the arguments that I am going to write about but what I have learned about our little discussions. 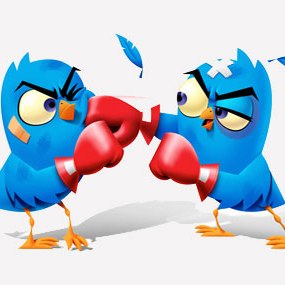 The first example was a tweet by Nancy Pelosi and her desire to get rid of the tax cuts that were approved last year. Well, I am getting an extra $150 extra a paycheck because of this tax cut and I tweeted that. Some moron said that if I did not pay the extra taxes, I would not get Social Security and Medicare when I got older. In another post, I was arguing with a guy who said people should not have guns because guns are made to kill (a rather simplistic argument but, OK). I said I have a few guns because, when my home was robbed, the investigator said it would probably happen again and I could either get a gun or move (he actually did say that). The guy told me that the only people who should have guns are the police and military (he forgot to mention criminals). I did not argue much with these people because they have an addiction. An addiction to the government.

My problems with these people is that they think the government can and will help them when they need it. This is stupid logic and has been proven false time and time again. There will not be Social Security in the future; it will be swallowed up by the baby boomers and the government spends anything extra they have, even though that money is not theirs. Something like 90% of thwarted crimes are not thwarted by the police but by the victim or some bystander. If a guy walks into a school that is a gun-free zone, guess what? People are going to die (by the way, there has not been one mass shooter that was a member of the NRA. That story is getting old). If the founding fathers knew that the country would end up in this state, they would be turning in their graves. 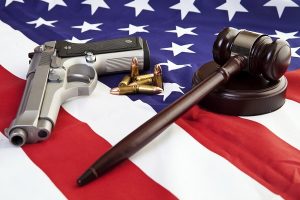 This country was founded on personal responsibility. The government should not have anything to do with the lives of the individual. It is up to the individual to make a place in this country and suffer the consequences if he decides to find an easy way out. Today, through jealousy and/or laziness, our citizens want to take from the rich and give to themselves. That’s actually quite sad. The founding fathers thought very different. They thought the federal government should do nothing but raise an army for defense (which justified taxes but they did not immediately implement one) and resolve any interstate commerce conflicts. They never thought the government should be giving handouts to people (heck, income taxes were not implemented until the early 20th century).

I fear for our future. The government wants to get bigger and give money to those that are “underprivileged” (there are those that do need help, but this should be temporary). The government want to take away the right to have a gun (looking at the massive government failure at Parkland, I am concerned). The government wants to legalize drugs (and I suppose when half the stoners become homeless, they will ask for government assistance). The government implemented the very flawed Affordable Care Act that was suppose to insure 30 million people (at a cost of $14 trillion). Yeah, that’s going to work. The federally funded VA only had to support 150,000 veterans and thousands died from the lack of healthcare. Good job, federal government!

Here is the fact: big government does not work and never has. Redistribution does not work and never has. Ask France, Spain, Portugal,  Greece, Italy, Venezuela just to name a few (and don’t mention Norway or Sweden because their populations are only 1/35 of ours and they really are not socialist economies). Why does big government not work? Because the government sucks at everything. If you think it is good at something, leave a comment. I guarantee you I can prove you wrong.

Why did I pick the very off title? Because life, whether on a desert island or within a civilization, is all about survival. So, with that said, I will keep my gun, always praise a tax cut, never vote for taxes to be raised, pay for my insurance and deal with my own retirement. Because I am a survivalist (my daddy told me to be). And because, when push comes to shove, I know the government won’t be there and will not care.

One comment on “How Would These People Survive on a Desert Island?”