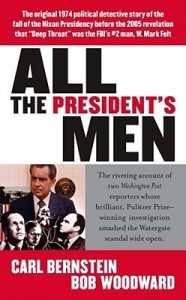 I am continuing through Amazon’s 100 Books to Read Before You Die and have just finished number 9: All the President’s Men by Carl Bernstein and Bob Woodward. The book was published in 1974. The book was made into a film with the same same in 1976 starring Robert Redford and Dustin Hoffman. The book is non-fiction.

The book follows the Watergate conspiracy from the failed Democratic National Committee headquarters at the Watergate Hotel all the way to the resignation of President Nixon. The authors are the two reports who first reported that the five burglars were carrying money given to them by the Committee to re-elect the President (CRP) and decided to go deeper into the story. To their shock, they found that the CRP was actually trying to sabotage any who ran against President Nixon. But when they discovered that it was several of Nixon’s cabinet that were responsible for ordering payout and that the money came from a slush fund of extra cash from the Nixon campaign that was laundered through a bank in Mexico, the reporters knew they had stumbled into something huge (though they did not suspect Nixon had any knowledge).

Receiving information from White House, FBI and CRP informants including the legendary Deep Throat, the reporters could see that a cover up was in the making and they were not safe. Undeterred by threats to their careers, freedom and lives and with the power of the White House against them, they continued on until the cover up finally fell apart because of Richard Nixon’s own words leading to his resignation and jail terms for his closest advisers. 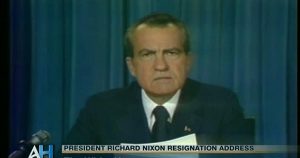 Being conservative, I have always liked Nixon’s politics. I knew he was not without corruption, but I had no idea how deeply criminal his actions were and understand why his actions and the actions of his own men tarnished politics and the White House. I could not help but to compare the story of Nixon with today’s stories of Obama and Trump and wonder if our politicians have not learned from the past. The stories sound almost identical.

The book is a bit difficult to read, at first. There are many names I had not heard of (I was only five years old when this happened). It took a while to be able to place the names with their roles. It was also a little bit difficult to decipher the web that Woodward and Bernstein were untangling. I understood the incidents but could not see how everything tied together (again, that is not because of the writing but my ignorance of the story). 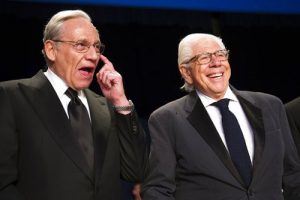 But, once I understood what was going on (about one hundred pages into the book), I was enthralled and could not put it down. I finally understood the enormity of the scandal and understand why many thought Nixon should have been in prison (I being one of them). The book was written as a 300 hundred page news article. Simple and straight to the point with no flowery dialog. It is a great book. I give it 5 of 5 stars.