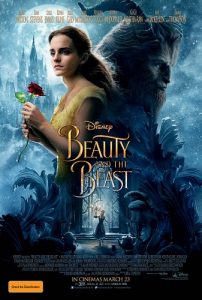 Sometimes it sucks to have children and an over-romanticized girlfriend around. Especially when it comes to things like birthdays, anniversaries and Valentine’s Day. Oh, I forgot one other: when trying to pick a movie. So guess what we saw this weekend (hopefully you ignored the title)? Yep, “Beauty and the Beast”. I will not lie: I was more desirous of a colonoscopy than seeing this movie. It would be shorter and less painful. But I will try to be as unbiased and opened minded as possible. 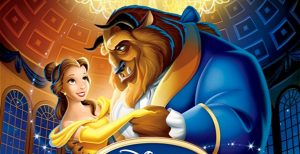 The movie is based on the 1991 Disney animated film with the same name. Well, not based but copied (hell, even the dialog was the same).  It starred Emma Watson (Belle), Dan Stevens (the Beast), Luke Evans (Gaston) and Josh Gad (LeFou). It was written by Stephen Chbosky and Evan Spiliotopoulos (whatever happened to the name “Smith”?) and was directed by Bill Condon.

In case you have lived under a rock, I will give you the premise of the story. A young, self-centered prince (or whatever he is) denies shelter to an old hag. The old hag is actually an enchantress and is pissed off that he is so mean. She puts a curse on him and his entire castle, turning him into a horrid beast (duh!). The only way out of the curse is to fall in love AND have someone fall in love with him before the pedals of a rose that the enchantress gave him fall from the flower. That is where Belle comes in. While trying to rescue her father from the beast, she makes a deal with the beast to be his prisoner in place of her father and they fall in love and blah, blah, blah (OK, I am having problems being open minded). 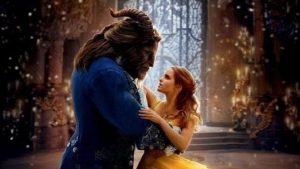 Overall, the film was good. The music was nice, there were funny parts and the animating of the characters was excellent. But it was exactly the same as the cartoon so I had a really hard time getting into it. See, I had to watch that cartoon about a million times because it was the only time my kids were quiet. I memorized the lines. This must have been the easiest paycheck Chbosky and Spiliotopoulos (that WILL be the last time I type those names in) ever made because they basically copied the 1991 cartoon. Not very original and, therefore, I was not very impressed. 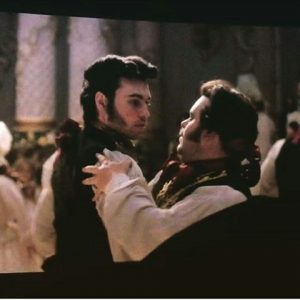 There was controversy. Apparently, Disney, in order to bow down to political correctness (or just stir an uproar to bring those who were not interested in the movie into the theater to see what the big deal was) decided to add a little same-sexness into the movie. Well, it was there, in the last scene. Big deal. I really do not think it was anything that people should have gotten upset about but I also think it was something Disney could have just not put in the movie at all.

If this movie came out in 1991, it would have been a great movie. The story was good. The acting was good and it kept the viewer engaged. I would give it five of five stars. But it did not come out in 1991 and I have seen it before (about four billion times). It is just a regurgitation by Disney to make money on a very popular cartoon that was made two decades ago. It looks to me that Disney is running out of ideas for movies (I expect a remake of Star Wars in a few years). It is worth renting when it comes out on DVD but I would not spend twenty bucks at a theater. I give it 2 of 5 stars.