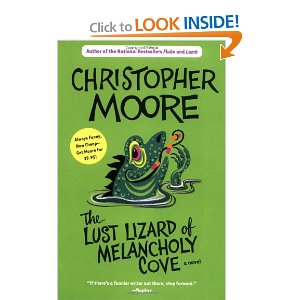 Leave common sense at the door, it is time for more Christopher Moore. His book, “Lust Lizard of Melancholy Cove” makes the “Hitchhikers Guide to the Galaxy” seem like a Nobel Prize winning physics thesis.

This was a great, easy read. It was funny, dirty and illogical. All that makes a book mindless but very fun. The one liners will actually make you laugh out loud. This is not the first Christopher Moore book I read and not the best, but it definitely was worth the three hours to read.

By the way, did I mention the pharmacist who had a sexual fetish for fish?