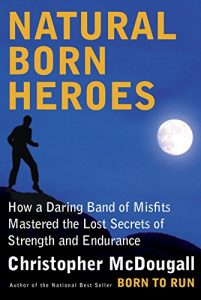 With his book, Born to Run, I was excited to read Christopher McDougall’s new book, Natural Born Heroes. I thought the premise was be interesting and I already knew that that McDougall had a way of mixing history and athletic science in a way that made for a good read. So I dropped a couple of bucks and started reading.

Natural Born Heroes was published in in 2015. It is about the true story of the Nazi occupation of Crete during World War II. Crete was going to be needed as a central control point of Europe while the Nazis stormed into Russia before the winter. Needless to say (Germany did lose the war), things did not go too well for the Germans. Though heavily outnumbered and outgunned, the Cretans were able able and willing to fight against the Germans, always keeping them off balance, no matter what cruelty they showed. To make matter worse for the invaders, a small band of British military misfits joined the Cretan resistance and successfully kidnapped a Nazi commander, adding to the chaos the Nazis needed to go through. 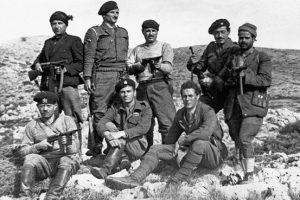 The Cretan resistance were able to keep the war in Crete going for long enough that the Germans could not invade Russia until winter, leading to their demise. But how did they do it? They had very little in the way of weapons, were not trained or organized and did not have any true leader. That is what McDougall explored. He goes through the Cretan history, showing that the occupation of Germany was nothing new to the people of Crete. He explored the attitudes of the Crete people, their diet, their athletic prowess and the history. He even delves into some of the myths we have taken as fiction and shows that some might actually be true (such as the cyclops and the Minotaur). 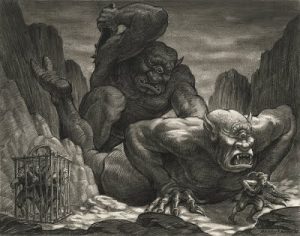 But the focus of the book is the physical abilities of the Cretans. How were Cretans able to travel through the harsh environment during brutal weather on a starvation diet? And it was almost all the natives; old and young, man or women? McDougall looks at the different physical activities of the Cretan natives including Pankration and Parkour. He also talks about their diet and the benefits of many foods they have on Crete (many of which we can get in the United States). He also sneaks in some physical fitness theories and practice, citing experts. 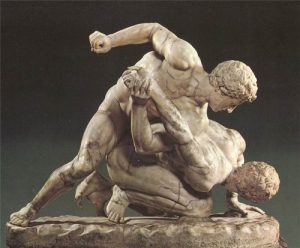 There is a lot of great information in this book. The history of Crete is very interesting. McDougall brings together Greek mythology with history which I found fascinating. There was also a lot of good information about physical fitness practices such as Pankration and Parkour and go over diet options that we all have yet choose not to follow (this is what made Born to Run so popular). Oh, and I forgot, the actual war story is really interesting too. But that is what is the problem I had with the book. 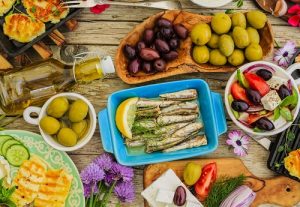 There was just too much in such a few pages. Half the time, I lost track of the story (especially the names and locations) because of the history and information. Now, I know this book would have been 120 pages long if it was just the story itself (it turned out the story was not that interesting) but I would have liked if the actual war story would have been emphasized a little more. I did get a lot of information out of it, some, of which, I use in my training. 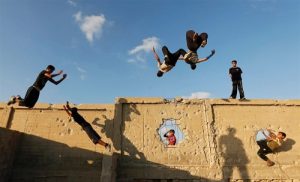 The book was worth reading but I did not enjoy it as much as I expected. I found myself treating it more of a text book, hoping to pull a couple of nuggets I could use (and I did). I was hoping to enjoy it more. Worth the read but do not expect to be, “Wow’d” like Born to Run. I give Natural Born Heroes 3 out of 5 stars.