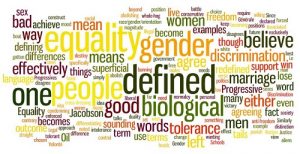 In this political climate, there are a lot of things said that are very inflammatory and extreme. In the past, these words were rarely used and, when used, were probably pretty accurate. Today, just disagreeing with someone can get one labeled. It actually is pretty sad. Not just because these labels are thrown around so casually but also because we really lose the meaning f some of them.

The following list goes over the most overused and annoying words I hear on a daily basis on the news. The words are nonsensical most of the time, divisive and their use is sometimes just downright ludicrous. I have combined some of the words because they really mean the same thing with the only difference being the accusing group. So let us get started.

I hate the use of this word. Half the time, I do not even think people know what it means. Anyone can be called a Nazi. One can be against gay marriage, against abortion or have a flag waving on his front lawn. If someone does not like it, he can be accused of being a Nazi. Seeing the the Nazi were run by Adolph Hitler, a brutal genocidal maniac, I have a hard time seeing anyone who is called a “Nazi” as actually being a “Nazi”. I am more amazed at the use of the term from people who are openly socialist since the term “Nazi” stands for “German Nationalist Socialist Party”.

Listen, Donald Trump is not a “Nazi”, Barrack Obama is not a “Nazi”, Marco Rubio is not a “Nazi” nor is Nancy Pelosi a “Nazi”. They are not “Nazis” in the NRA or Planned Parenthood. Just because you do not agree does not mean that person is a “Nazi”. In fact, it is insulting to the 13 million killed during the Holocaust.

Like the term “Nazi”, someone claiming racism or calling someone a racist is guaranteed to be in the news on any given day. And a lot of the people doing the accusing, in this country, are making seven figure salaries. I was in Chicago and Los Angeles in the 1970’s, just after the Civil Rights movement took effect (but was not always embraced). I saw forms of segregation and racism. What we have today is no where near what it was back then. A Black family can move into a white neighborhood, for the most part, and live happily ever after. Not so in the 1970’s. Again, anything derogatory said about a person of color will earn one that tag. Donald Trump called Rep. Maxine Waters (D., CA) a person of “low IQ”. She went on MSNBC and called Trump a racist. Hey, it is not a racist to call someone who i of color dumb. Especially if she is dumb (really, really dumb. Have you heard her speeches?).

The problem with screaming racist every time someone says something that is not flattering dulls the word. There are racists in this country. I think nothing of being called a racist. It just means I have won whatever debate we are having. I already know I am not and I take the “sticks and stones” approach when it comes to name calling. It also gives credence to those who are racists. Hey, if the president is a racist, I can be one too.

Misogynists and Sexists and Bigots…Oh, My!

This one can go along with with screams of racism and Nazis. But this one attacks a certain sex (sorry, gender, whatever). If you are a white, straight male, you are a misogynist. If you are a male (of color) you are a sexist. If you are a straight male (race does not matter here), you hate gays, lesbians, bisexuals, transgenders, queers and whatever else the LGBTQERSJAYDNMEJXDSHX can come up with for gender (I ain’t kidding. Look at the referenced site at the end to see where I am coming from). It was much easier when there were men and women and if you were gay then you were gay.

Misogynist is such a vicious term. Calling a man that is basically calling him an insane person. I learned that it was an almost clinical hatred of women. If you were called a “misogynist” you were abusive and alone. Hey, We’re not a country where all the men are misogynists. If we were, women would not be complaining about it because we would not let them.

I Am Being Bullied 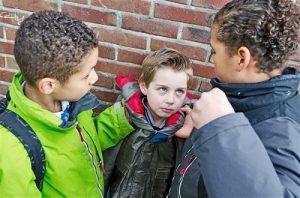 Everyone acts like this is something new. But it has taken new life because we have made out children into such sensitive wild flowers that they cannot handle it and start doing things like killing themselves and shooting each other up. But the victimization of bullying has been creeping into politics. Not multi-million dollar politicians are  are whining that they are being bullied by their rivals when something bad is being said (or they are a racist).

Hey, bullying has been around forever and will never go away. It is a social interaction that all must learn to cope with. My boss is a bully (he does not hit me but he constantly works that alpha male personality). Guess what? I learned to deal with it in school on the play yard. Whenever I hear this term, the first thing I think of is, “toughen up!”. 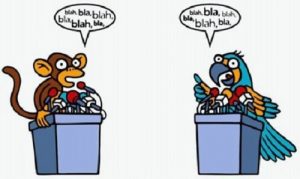 The above words are terrible words. If someone accused me of being a sexist or racist twenty years ago, I would be upset. That is because I probably said or did something sexist or racist (and I have, we all so). But, today, I would just shrug it off. Why? everyone is being called a sexist, racist, bigot and Nazi today. Everyone is a bully or being bullied. It does not mean anything since those words are being used incorrectly 99% of the time. It has just become another way to attack someone one does not agree with.

What is worse: these words are decisive. In a world that is so chaotic, it is more important than ever to have a conversation (hate that word too). We must use reason to solve our problems and move forward. But if one is labeled a racist or misogynist, neither party is going to talk. That makes this world very scary.